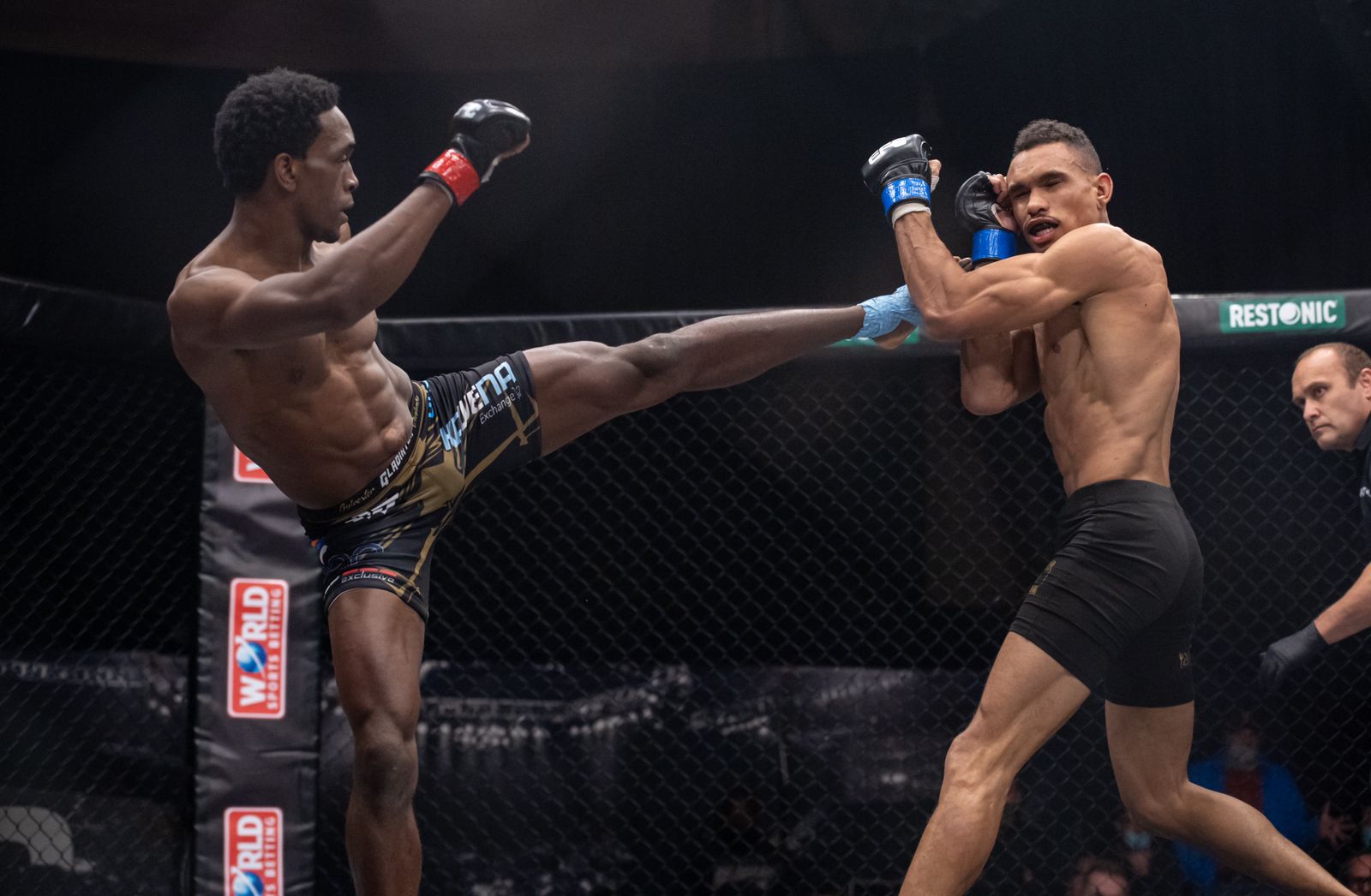 Johannesburg, South Africa –  EFC returned this Saturday after a 14 month hiatus with explosive action from start to end. Hosted at the EFC Performance Institute, without fans in the venue, but with millions watching on TV across Africa, the continent’s leading MMA organisation returned with a bang.

Sylvester Chipfumbu wrestled the title from Faeez Jacobs over 5 rounds to claim EFC gold and become the EFC 135 pound champion. “As I said before, once I put my hand on the belt, no one is gonna take it from me,” shouted Chipfumbu on the mic after winning.

Former featherweight champion, Boyd Allen, made an impressive return to form to claim a dominant win and throw his name back into title contention.

Performance bonuses were awarded to Diego Bandu for his spectacular KO finish, Sylvester Chipfumbu and Faeez Jacobs for their five round gruelling war. Fight of the night went to Cameron Saaiman and Billy Oosthuizen.

Zika Magengele defeated JT Botha 2:11 in round 2 via TKO (Punches).

Ceileigh Niedermayr defeated Christine Wolmarans 3:36 in round 2 via submission (RNC).

Cameron Saaiman defeated Billy Oostuhuzen 2:05 in round 2 via submission (RNC).

Diego Bandu defeated Stefan Pretorius 4:39 in round 1 via KO (Punch).

Nerik Simoes defeated Claude Ntumba 1:35 in round 1 via TKO (Punches).

All eyes now turn to EFC 86 Kabesa vs Ekson, Ilunga vs Kanyeba and is presented by Restonic, and takes place on Saturday 12 June 2021. Broadcast and investment information at www.efcworldwide.com.