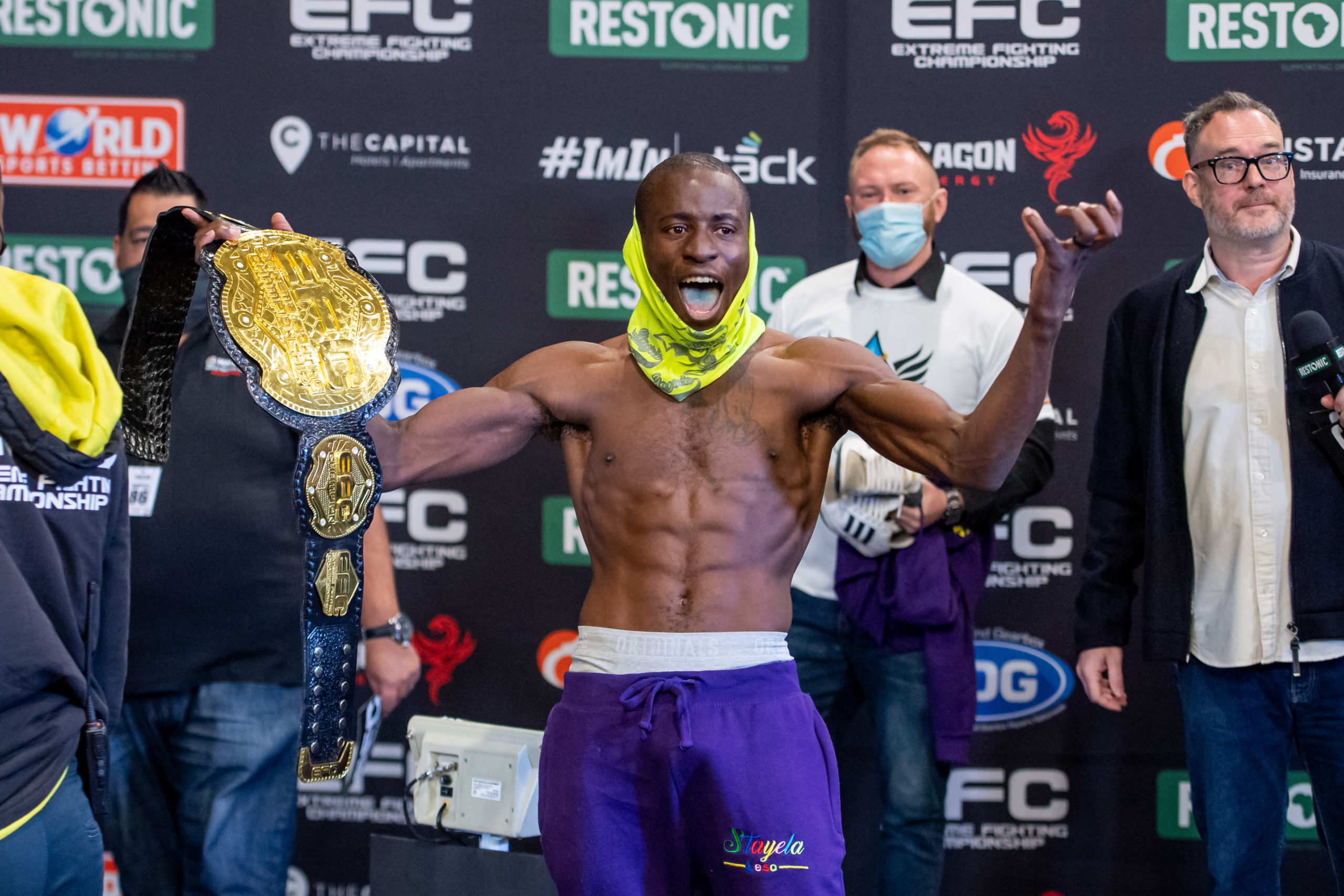 Place your bets with the leaders in Sports Betting

Johannesburg, South Africa – As the EFC 86 athletes and fight camps make their final game-plan calculations and fight preparations ahead of their imminent clashes taking place in just a few hours, another team has been analysing the matchups and predicting the outcomes just as closely as the competitors.

After weighing up the skillsets, experience and records of the EFC 86 athletes, the team at World Sports Betting have released the official betting odds for EFC 86. The odds are clear, but the outcomes are not and the betting spread made available may have left some holes for punters to take advantage of and some sure bets for MMA enthusiasts alike.

In the main event, champion Igeu Kabesa, born in the DRC but representing South Africa, takes on the formidable Reinaldo Ekson from Brazil for the featherweight championship. The champion enters as the clear favourite leaving a chance to triple ones money with the South American if he causes an upset.

The co-main event of the evening sees bitter rivals Alain Ilunga and Anicet Kanyeba clash in a highly anticipated rematch for the interim lightweight championship and tensions are only going to rise with the news that Ilunga has been named the heavy favourite, with a chance to more than triple your money on Kanyeba if he wins.

In other notable odds, an opportunity to make good money lies with former lightweight Francois Cundari as he steps it up a notch to take on light heavyweight Khulekani Hlongwa, and a huge money making chance is in the hands of Warren Richards as he enters the Hexagon as a major underdog against August Kayambala. South African fan favourite Luthando Biko is neck-and-neck with Brazil’s Gian Souza and so are heavyweights Ricky Misholas and Matunga Djikasa.

All the odds as they currently stand are as follows (odds subject to change):

EFC 86, Kabesa vs Ekson, is presented by Restonic and takes place on Saturday 12 June 2021 live from the EFC Performance Institute in JHB, South Africa (No spectators due to COVID 19 government restrictions). Broadcast information at www.efcworldwide.com.