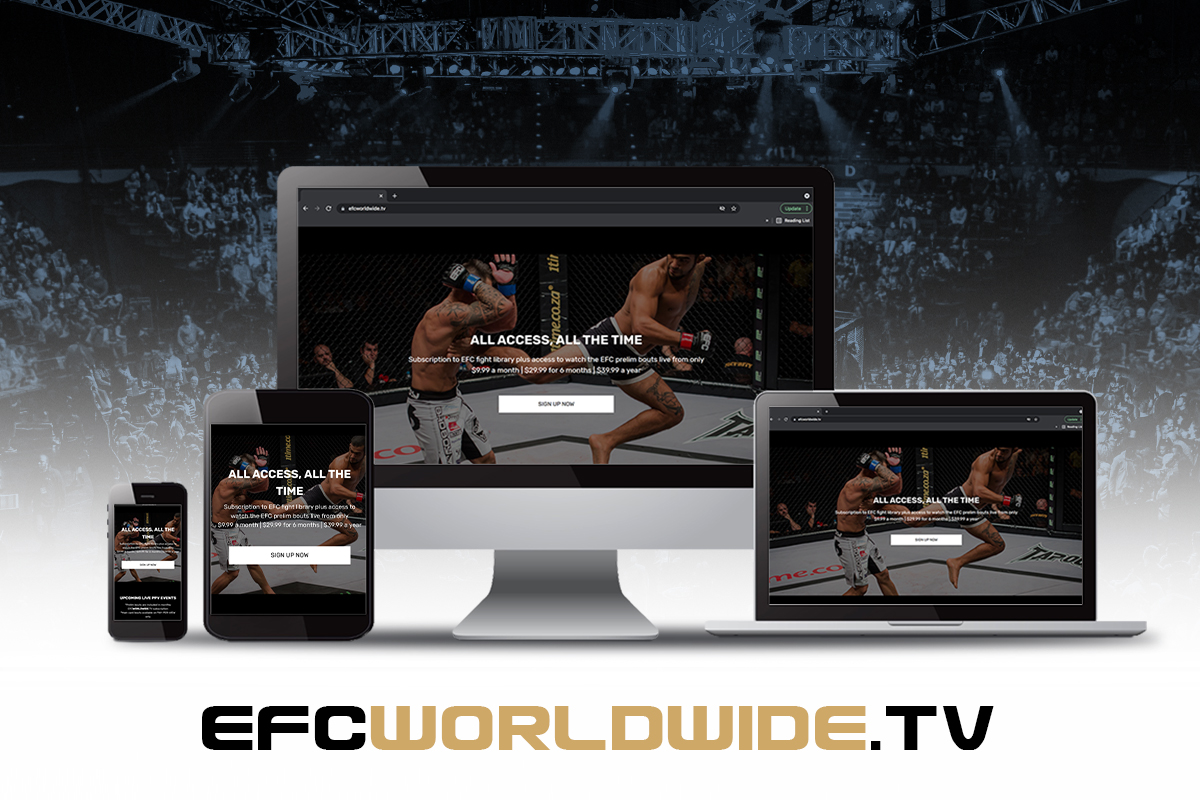 With the organisation recent priority lying in the vast EFC broadcast distribution plan, which has made EFC content accessible on traditional TV to over 30 TV networks and 130 million homes around the world, the focus on a live, web based, on demand platform was set aside until now.

At EFC 87 the testing of a new, none geo-blocked streaming platform, which would give supporters from anywhere in the world access to live events began.

The streaming on EFCWORLDWIDE.TV was a success allowing viewers to watch all prelim and main card bouts, including the post event press conference live.

Since the event, past bouts dating back to EFC 77 including the TF2 reality series have been uploaded and more episodes and past bouts are scheduled to be added every week. It is anticipated that all past EFC bouts, totalling over 1000, will be loaded onto the platform by end September 2021.

With a yearly $39.99 subscription fee giving subscribers access to watch all upcoming EFC prelim bouts live plus access to the full EFC archive, the platform is expected to increase the organisations online viewing numbers significantly. Main card and prelim bouts are also available on the platform as a pay-per-view option.