“HE’S ALREADY LOOKING TOWARDS THE NEXT CHALLENGE” 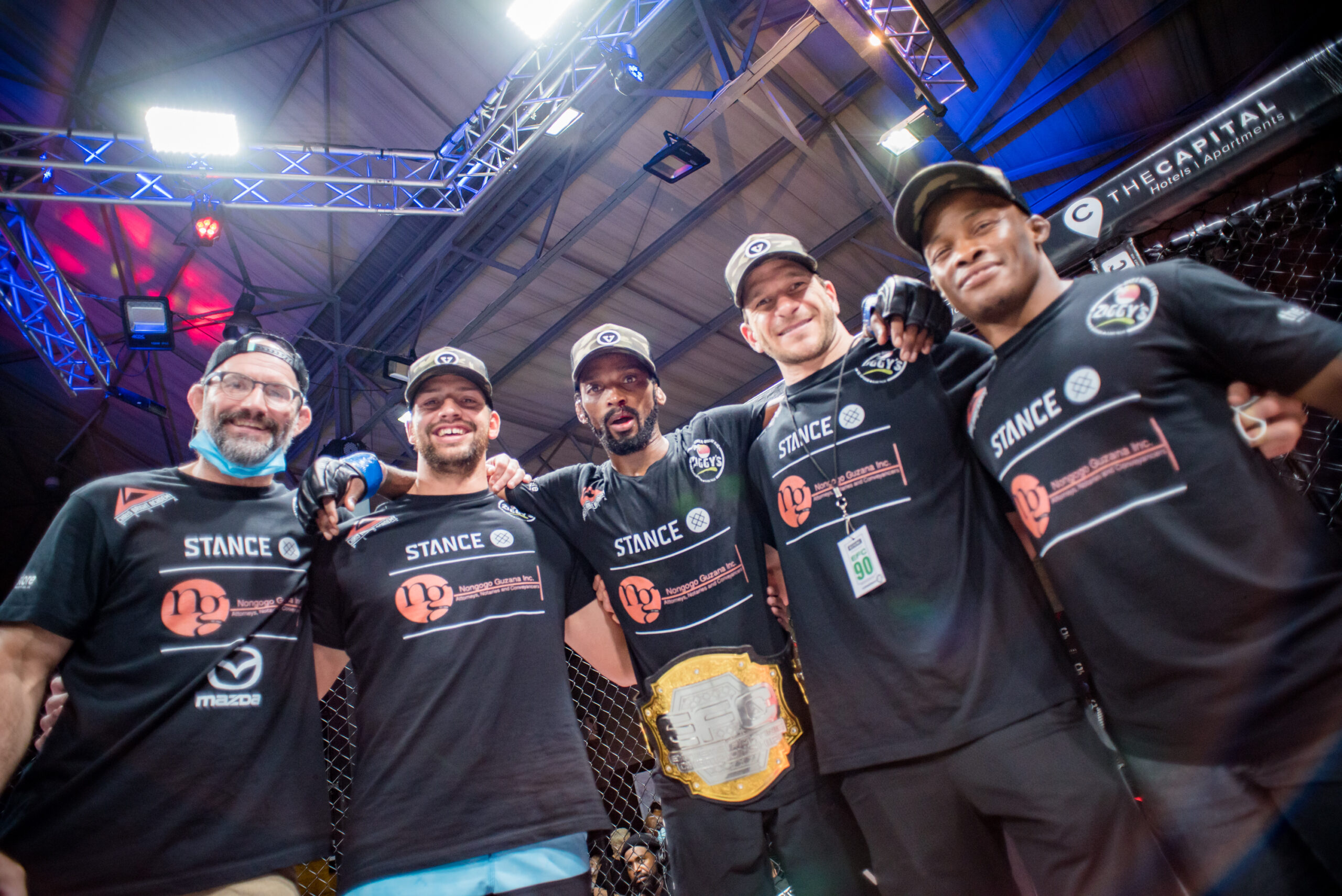 Interview with Chris Bright of PESFA

Johannesburg, South Africa – At EFC 90, Sindile Manengela captured the EFC Bantamweight Championship following an epic 5-round battle against former champion Faeez Jacobs. The “Ghost” not only elevated himself as the best that the African Bantamweight division has to offer but also brought honour to his gym. The Port Elizabeth Submission Fighting Academy (PESFA), or the Chris Bright Academy (as some may know it) remains one of the most respected and dominant MMA gyms on the African continent. The EFC media team caught up with gym head coach, Chris Bright himself to get his thoughts on that victory, as well as what we can expect from the team moving forward, as they look to end the year on a high note.

Speaking on the man that captured the Bantamweight Championship in the main event of the landmark EFC 90 event, Bright spoke positively of the newly-crowned champion:

“Sindile is a KwaZakhele local, his roots are Port Elizabeth or Gqeberha. He’s a very humble, family-orientated person. A lot of his inspiration draws from wanting to make his family proud. He’s very loyal to those around him and never says a bad word about anyone, even people who have wronged him. He’s the best possible role model.”

Manengela’s victory was one that gave the entire PESFA team honour and, together as a team, they celebrated and drew inspiration. Bright spoke on his observations following that event:

“Our team spirits are high, as they normally are. Obviously everyone is very happy for Sindile and he’s enjoying his moment. He’s already back in the gym though helping the rest of the team work towards their goals. I honestly don’t see any change in Sindiles mindset, as he’s already looking towards the next challenge.”

Bright spoke on Manengela, and his persistent work ethic and overall contributions to the team. The team looks forward to the year-end break but, before that, they will look to go into battle one more time at EFC 91 on the 4th of December:

“He’s immediately back on the mat, he took Monday off and was back to guiding our amateur team for Grassroots for the next weekend, as well as helping prepare Luthando Biko for his title fight in December. We’ve agreed that we will take a short break after the December the 4th as it’s been a crazy year and the guys have basically been in camp back to back since the end of lockdown. Being such a small team we need all hands on deck anytime one of us is in camp.”

We also got an in-depth view of Manengela’s psyche and what motivates him, as well as a glimpse into his immediate focus as he heads into the new year as the champion”

“His main focus for having the belt has always been to uplift the youth in South Africa. Outside of that having a belt or not hasn’t really defined him as a human or as a fighter… I know part of his aim is to be a champion that faces challenges head-on and fights. There’s still lots to learn for us so every opportunity is also an opportunity to take a lesson on board. So he’s looking for the next adventure already.”

A fighter that was seen quite often during EFC 90 Fight Week was Luthando “Shorty” Biko. Although Biko was in Manengela’s corner, he is also preparing himself for his own championship rematch against Nkazimulo Zulu on December 4th. Bright explained that the PESFA team being small means everyone gets involved in training camp, and acknowledges Manengela and Biko’s partnership as one that favours the two. Bright looked back on Biko and Zulu’s first showing at EFC 89 earlier this year, which saw Zulu get the submission victory but assures that the mentality has shifted, and that will give them the win:

“Shorty realises that he had Zulu in lots of trouble in round one of their previous fight and is very fired up to end this once and for all. He’s very confident in his abilities and we’ve put the previous fluke in a box where it belongs.”

The PESFA team continues to be active and making their presence felt around the martial arts scene in the country. Bright reflected on all that they have done during the year, as well as their general method of preparation:

“There’s a few strong, young athletes coming through our system at the moment. They’re basically starting off in their amateur careers now. We choose to give them a proper grounding as amateurs and as grapplers before putting them on the professional circuit. We’ve also had great success with our grappling and BJJ team this year so far. We won the Submission Kings Quintent recently, as well as coming second at the recent AJP Continental pro in Cape Town, which is pretty good for a travelling team. All of our MMA competitors are required to compete in Jiujitsu so will have many rounds of competition experience by the time they reach the EFC hex.”