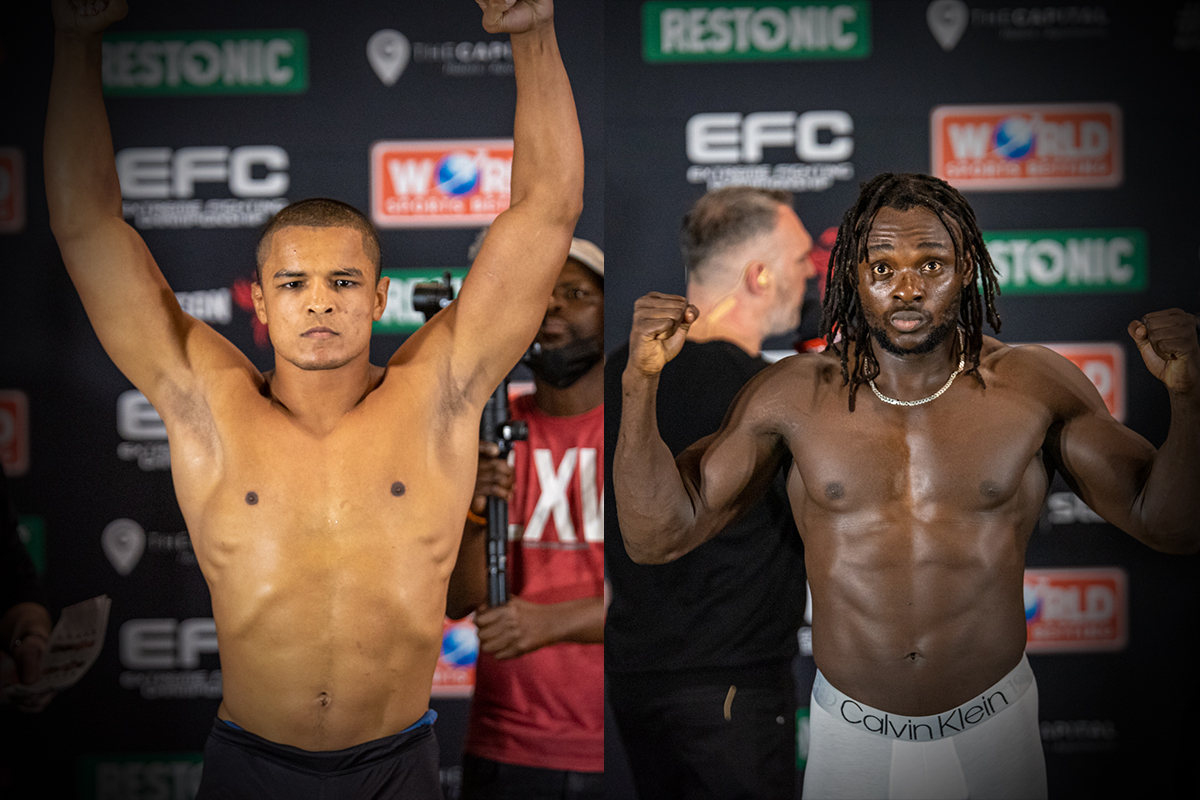 Following the events of EFC 92, in particular the controversy in which the main event bout between Luke Michael and Pupanga Tresor ended, the EFC has extended an offer to both athletes for a rematch, an offer which was immediately accepted by both camps. Though the penciled date for their second reckoning is currently the 17th of September for EFC 98, that dateline remains dependent on the sanctions imposed by the national governing body, MMA SA (Mixed Martial Arts South Africa) and any possible appeals thereof.

Confusion and high emotions surrounded the EFC Middleweight title fight as referee Ferdi Basson initially waved-off the bout before calling a time-out and deducting a point from Tresor ostensibly for foul blows, following which the fight was restarted and culminated in a first round TKO victory for Michael. The governing body, MMA SA a separate entity to the EFC, has instituted an investigation in the unrest that followed, but due to the supporter’s actions, they have already announced a possible 6 month suspension for Tresor and a warning for his team, both of which of which they are appealing.

EFC has independently instituted its own sanctions and penalties toward Tresor, due to his supporters behaviour, penalties which include a 50% reduction in his fight purse and a lifetime ban from having supporters attend his bouts. “Although we support Tresor as an athlete, we cannot tolerate supporters who cast a shadow over what so many have worked so hard to build” said EFC management.

Although the actions of his supporters have created a cloud of controversy, the EFC applauds the actions of Tresor and a number of his team both in the Hexagon and after the event, where they assisted greatly in calming and defusing the situation. Furthermore, the EFC believes that that initial stoppage led to a situation which arguably placed Tresor at a disadvantage which is ultimately what has necessitated the promotions immediate offer of a rematch.

Regardless of how the appeals process for those sanctions may define a time and date for Michael vs Tresor 2, the next showdown between these two incredible athletes will most certainly be unmissable for EFC fans around the world.

What preceded the main event of EFC 92 was an incredible exposition of combat which brought fans inside the EFC Performance Institute to their feet. There they witnessed one of the fiercest wars in the history of the EFC Featherweight division as Angola’s Nerik Simoes took on Scotland’s Keir Harvie with both athletes displaying dynamic striking and lightning-quick scrambles on the canvas. As the fight progressed into the third, it was Harvie who wore the signs of battle on his face, courtesy of some sweetly-timed elbows and jumping knees from Simoes who consequently took the judges unanimous decision. EFC management agreed with the sentiments of the electrified crowd and awarded Fight of the Night bonuses to both warriors.

Another CIT athlete who garnered a performance bonus was Cameron Saaiman who defeated Roevan de Beer in spectacular fashion, showing a technical fluidity and poetry of violence rarely seen in someone of the tender age of 21 years. This is Saaiman’s fourth performance bonus in just his first four professional bouts, marking him in the words of EFC Commentator Simon Stephens, as a bona fide future UFC Champion.

In between those bouts, fans were treated to a tense face-off featuring the protagonists of the main event of EFC 93, the Welterweight title fight between fan-favourite from South Africa, Martin ‘The Punisher’ Van Staden and the marauding Judoka from the DRC, Ziko ‘The Gorilla’ Makangele. With neither athlete willing to back-down in front of the baying audience who had filled the EFC Performance Institute to capacity, EFC 93 at the same venue four weeks hence, looks set to surpass all the drama and intrigue from Saturday night, the events of which continue to reverberate around the world of mixed martial arts.