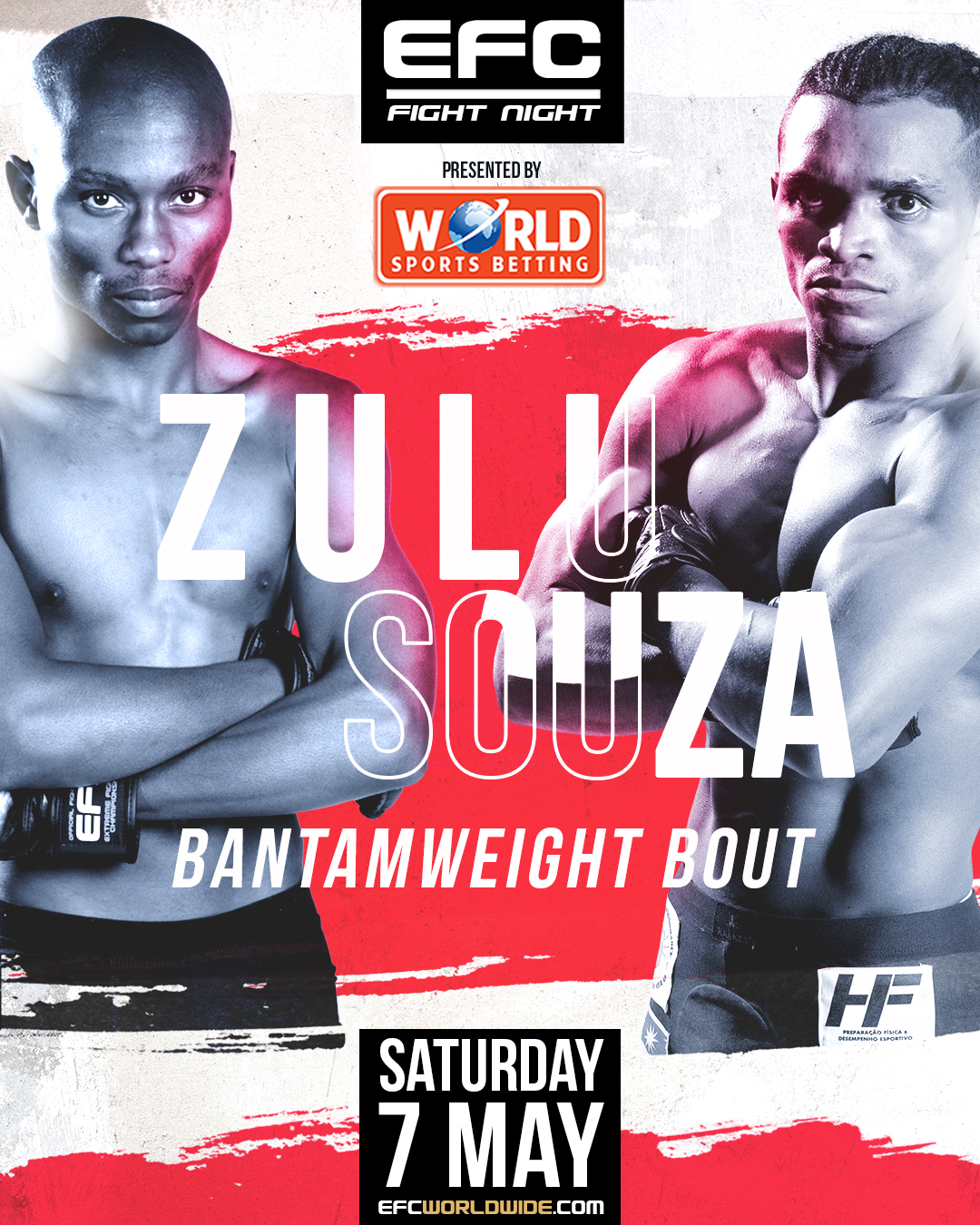 EFC Fight Night returns in dramatic fashion on the 7th of May, as one of the most feared strikers to have ever graced the Hexagon, Nkazimulo ‘Zulu’ Boy’ Zulu from Durban, returns to face Gian ‘Patolino’ Souza from Paraiba, Brazil in a battle for the number one contender status of the Flyweight division and the promise of redemption against the current champ, Luthando ‘Shorty’ Biko. For Zulu, a Fight Night victory sets up a trilogy fight against Biko with both fighters currently at one-a-piece whereas for Souza it would offer revenge against the only man to have ever beaten him in his entire professional career. Both athletes have asked for this particular war to take place at Bantamweight. As a trio dance that has enthralled fight fans around the world enters its final stages, the high stakes for all will ensure a thrilling main event that tops another superb evening of action, with other electrifying matchups to be announced in due course.