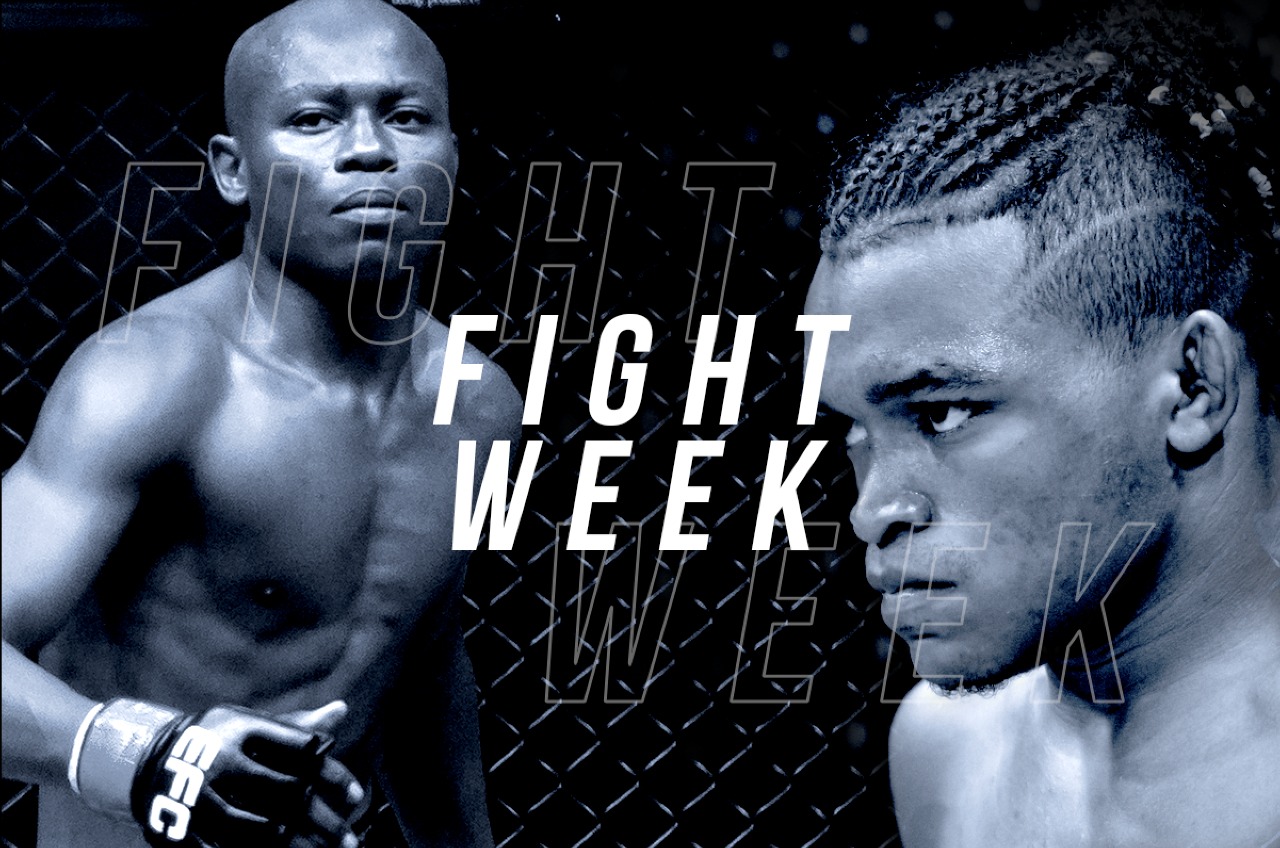 It’s a thrilling 12-fight card with some well-known fighters looking to climb the divisional rankings, as well as some unfamiliar faces looking to make a name for themselves within the promotion. With no belts on the line at the event, the weight classes could witness some major movement in their rankings, and potentially provide some future challengers.

Kicking off the prelim card, two experienced amateur fighters make their professional debuts as Christian ‘Strong Boy’ Mulamba goes up against Bheki ‘Dog Danger’ Ngcobo in a bantamweight bout. Following that, Masefi Ngoma (0-1) and Robert ‘9mm’ Swanepoel (0-5) both look to get their first victory in the Hex in their welterweight clash. Also providing a chance for redemption, Musa ‘Bad News’ Sethwape (0-1) and Dylan ‘The Punisher’ Swanepoel (0-1) throw down in the next bout, this time at featherweight. Keeping it at 145lbs, Warren ‘Wolverine’ Richards (1-7) seeks a return into the winning column against a lightweight who continues to gain momentum, Guide ‘Rubberman’ Moyo (2-0).

Stephan ‘DQ’ de la Rey (2-2) looks to captivate the audience once more as he takes on Zwelibanzi ‘Black Bull’ Ngema (0-3), who hopes to get his first pro career victory in the third welterweight bout of the evening. The lightweight division also looks to turn up the heat as ‘The Mighty Warrior’ Tapiwa Katikati (2-0) and ‘King’ Guelor Sondi (2-1) clash in the penultimate fight on the preliminary card. And the feature prelim bout sees two EFC veterans put aside their long-standing friendship to face each other in a classic teacher versus student battle as Wade ‘The GOAT’ Henderson (11-20) goes up against Pietie ‘Thunder’ Coxen (6-13).

The main card is set to have an explosive start as Angola’s Eduardo Barros (1-0) and Zimbabwe’s Nicholas Hwende (2-0) meet at bantamweight, both with great ambitions for the trajectory of their professional careers. Following that, Dansheel ‘Buddha’ Moodley (6-2) makes his return to the place where it all began for him against one of the fastest-rising prospects of the flyweight division, Gift ‘The Day’ Walker (2-0). The EFC women’s flyweight offering to the event witnesses Dayne ‘Quiet Storm’ van Wyk (1-0), who won a performance bonus in a spectacular debut, welcomes Kenya’s debutant Peris ‘Iron Lady’ Githiga (0-0) to the Hex.

In the co-main event Bradley ‘The Nightmare’ Swanepoel (3-0) looks to build upon his family legacy in the EFC, but standing in his way is the ever-eccentric Tumisang ‘The President’ Madiba (9-11), as both fighters look to make their way up the promotion’s featherweight rankings and potentially challenge for the top spot in the division. The main event is an intercontinental affair as South Africa’s Nkazimulo ‘Zuluboy’ Zulu (13-5) takes on Brazil’s Gian ‘Patolino’ Souza (7-1) in a bantamweight bout, which could have championship implications for the flyweight division. With a common foe in EFC Flyweight Champion, Luthando Biko, ‘Zuluboy’ and ‘Patolino’ go into battle against each other for a chance to once more stand across from the champion. With Souza’s mind-blowing BJJ and Zulu’s high-level kickboxing, this promises to serve as an exciting end to a packed night of action!

EFC Fight Night 2, Zulu vs Souza, is presented by World Sports Betting and takes place on Saturday, 07 May 2022 live from the EFC Performance Institute in JHB, South Africa. This event is closed to the general public. Broadcast information at www.efcworldwide.com.