SOUZA GETS A NEW OPPONENT FOR EFC 96 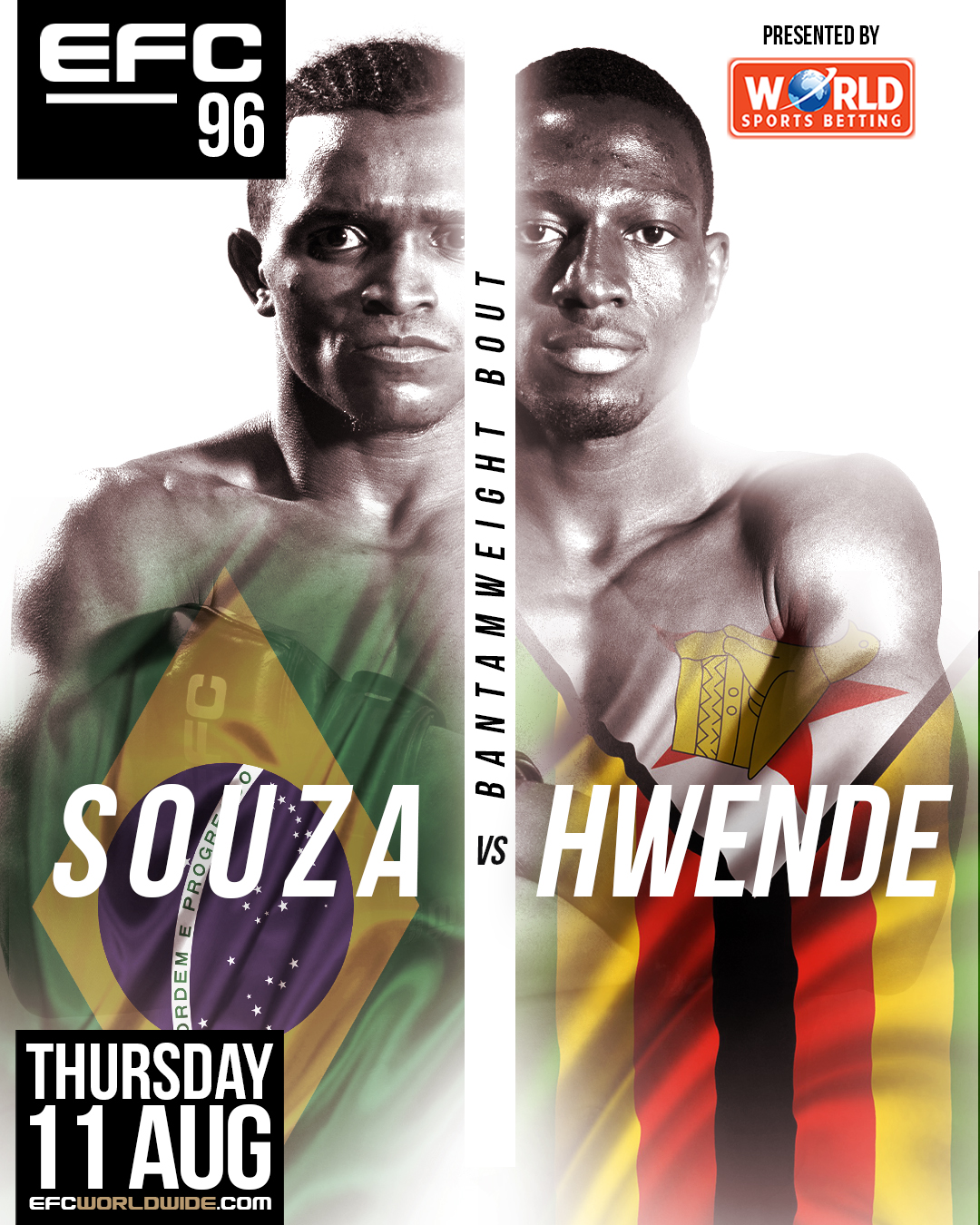 The much-anticipated rematch between Nkazimulo ‘Zuluboy’ Zulu and Gian ‘Patolino’ Souza, which was set to take place in two weeks time at EFC 96, has been compromised.

In training for the upcoming match-up, Zulu sustained an injury on his left hand, thus leaving him unable to compete at EFC 96.

‘Zuluboy’ will be out of action for an indefinite period of time, as advised by his medical team and EFC will support Zulu as much as necessary during this time.

Gian Souza will remain in the co-main event of the evening with Zimbabwe’s Nicholas Hwende stepping into the Hex against ‘Patolino’ on Thursday, 11 August. With so much at stake, the winner of this fight will be the one to challenge for Cameron Saaiman’s Bantamweight championship.

We wish Nkazimulo Zulu a speedy recovery and look forward to his return to the Hex soon!