THE KING IS BACK!

The Featherweight Division Crowns A New Champion At EFC 95 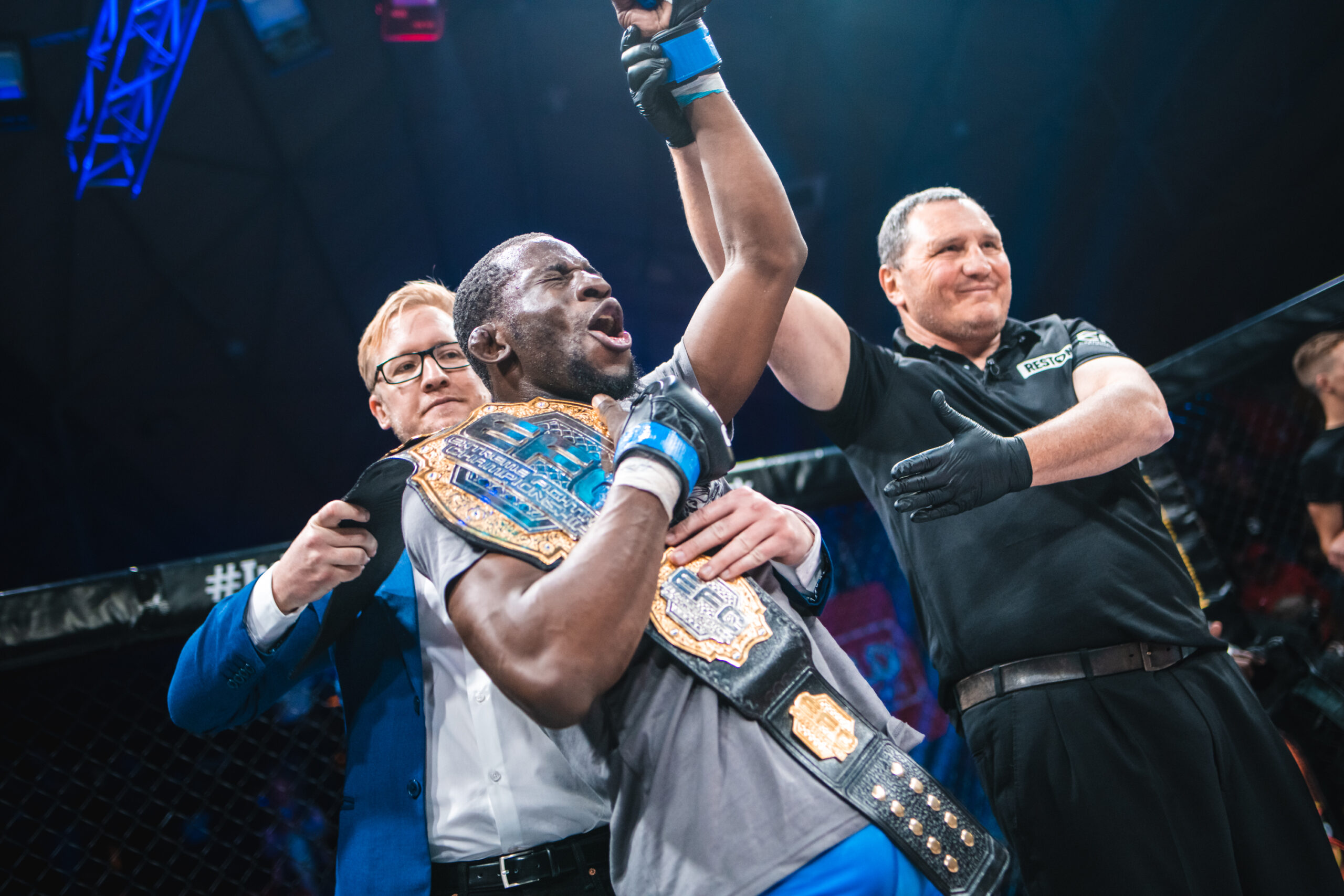 Johannesburg, South Africa – The 145lb division has a new champion!

EFC 95 served as the ultimate showdown as Igeu ‘Smiley’ Kabesa looked to reclaim the gold that was once a frequent fixture around his waist but, standing across the Hex from him, was Team CIT’s Nerik ‘The Beast’ Simoes, who looked to bring more gold to his famed camp.

The 22 fighters at EFC 95 pulled out all the stops to ensure they stood out on a card that kicked off the second half of the year. Preceding the must-see title clash, the event began at a furious pace with the majority of bouts not making it past the first round.

The co-main event of the evening witnessed HP ‘Tropical’ van Staden come out on top in his battle with Peace ‘X’ Nguphane, moving him up the rankings and closer to that championship opportunity in the welterweight division.

The main event was one of only two fights on the card that went into the third round but it was Igeu Kabesa who proved his status as ‘King’ of the featherweight division, and claimed the gold as his prize over Nerik Simoes.

Kabesa already has a target on his back with EFC Bantamweight Champion and Simnoes teammate, Cameron ‘MSP’ Saaiman, looking to kill the fun and snatch the 145lb belt to earn double champion status and ‘Smiley’ claimed to be ready for any and all challengers. But before he goes any further, he informed the crowd gathered at the post-event press conference that his immediate priority was to revenge one of his few defeats and run it back with Brazil’s Reinaldo ‘Guerreiro’ Ekson.

One thing is for certain, the new champion is going to have a very busy year ahead of him.