THE SCALES OF HISTORY 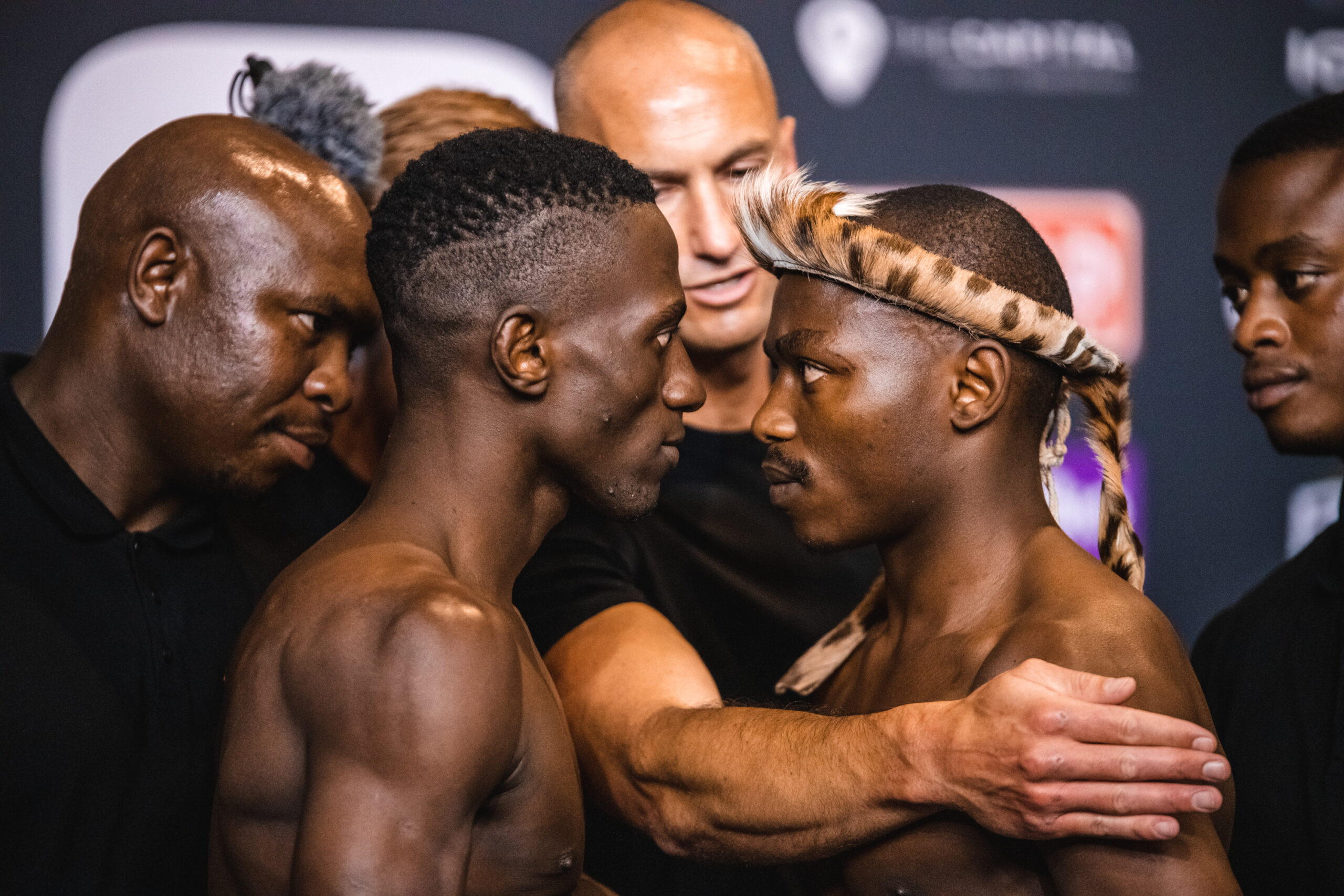 Johannesburg, South Africa – The most momentous fight night event in the history of African combat sports is set and EFC’s celebration of 13 years at the pinnacle of sportscasting is ready to rock the continent after 22 athletes finally hit the scale. A celebration that was greatly enhanced by a huge new partnership announced between EFC and Ignite, the leading global lifestyle brand.

The EFC 100 weigh-in ceremony had an electrifying atmosphere as the fighters locked eyes with their opponents and supporters packed-out the EFC Performance Institute in preparation for one final stop before all the action that goes down tomorrow evening.

With only one fighter failing to make weight, EFC 100 remains set to have 11 explosive bouts and although intensity was at an all-time high, it got knocked-up a notch when it came to the main card. Starting off with Nerik Simoes and August Kayambala coming face-to-face for the first time and not being short on animosity.

Shannon van Tonder and Musa Sethwape’s face-off was fierce, as many had expected following their powerful war of words at the pre-event press conference on monday and Billy Oosthuizen and Stephan de la Rey look to keep to their united promise of performance bonus-worthy action with a respectful yet burning energy.

The co-main event face-off between Cole Henning and Tshilumba Mikixi reached a fever-pitch as the latter’s camp raised the roof in support when the foe’s fists were raised while the two former teammates showed no love for one another ahead of their battle for the interim lightweight gold.

Then finally the moment came for the main-event confrontation between the bantamweight champion Nicholas Hwende and his challenger Nkazimulo Zulu in a match-up pundits are describing as a classic new school/old school war. With the World Sports Betting odds currently favouring Hwende and the legendary Zulu a marginal outsider, this title bout promises a five-round stream of pure, unadulterated violence in a headliner truly worthy of this unique moment in history.

Betting on all the EFC 100 bouts is available with World Sports Betting.

Prelims and main card bouts will be available live on www.efcworldwide.tv