A PAST, PRESENT AND FUTURE OF GLORY AT EFC 100 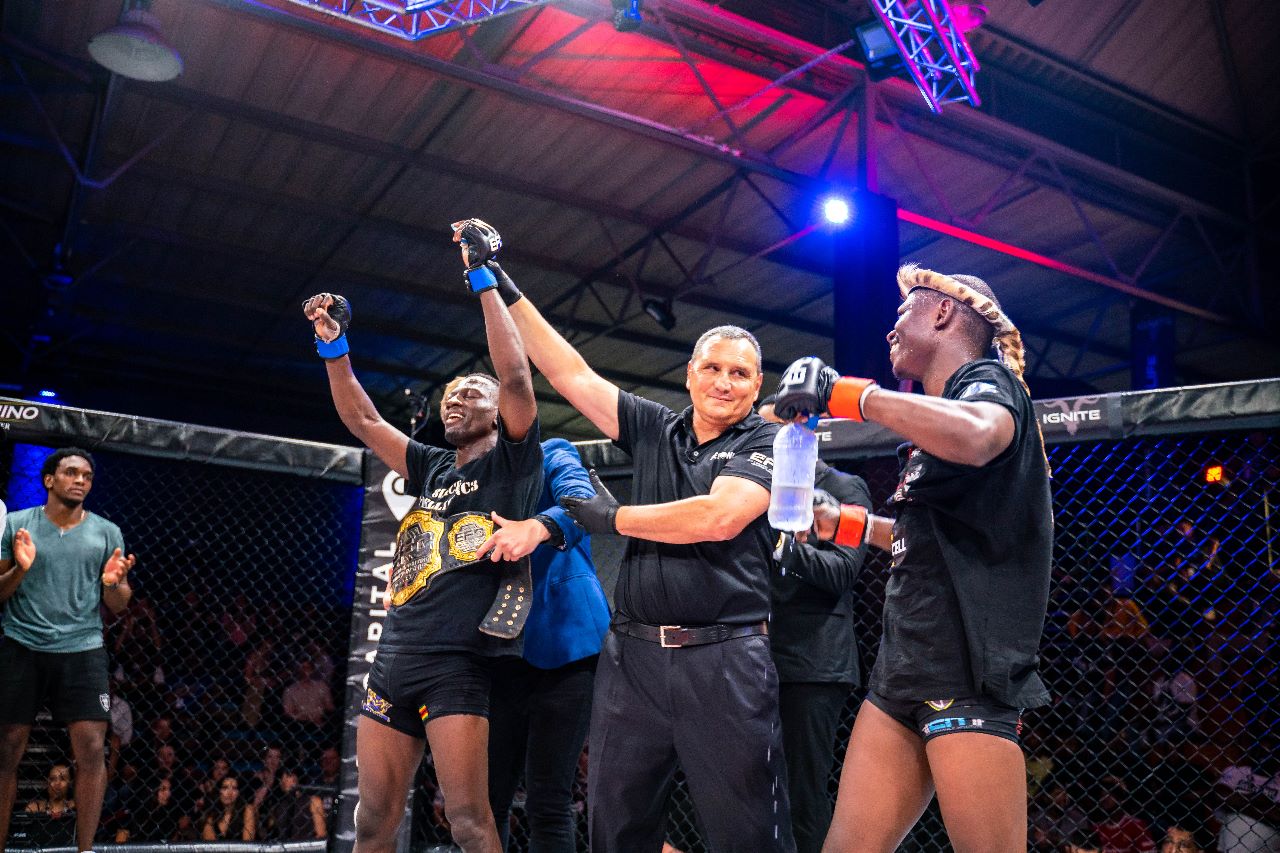 Johannesburg, South Africa – Africa’s greatest combat sports promotion staged its 100th event on an evening that will live long in the memories of fight fans across the globe.

11 jaw-dropping wars exploded in the City of Gold as 22 athletes competed on the biggest stage of their careers, fiercely determined to live up to the billing of the biggest fight night ever broadcast on the continent. In the main event, Nicholas Hwende successfully defended his bantamweight title against the legendary Nkazimulo Zulu. After the latter’s elbows off his back completely closed the right eye of the champion at the very end of the first round, the Zimbabwean hero switched his gameplan for the ensuing four to a grappling-based attack which negated ‘Zuluboy’’s kickboxing offence, leading to Hwende’s outstanding title retention.

The co-main event featured Tshilumba Mikixi besting Cole Henning for the interim lightweight title, culminating in another belt for Pretoria’s growing BIA team and an impassioned callout from ‘The Old Monkey’ for a unification scrap with Britain’s Joe Cummins in 2023.

This upset result was preceded by a breathtaking Fight of the Night between stalwarts Stephan de la Rey and Billy Oosthuizen, a thrilling back and forth war which brought the sold-out crowd to its feet in one of the greatest featherweight contests ever witnessed inside the hexagon, with Billy ‘The Kid’ taking the judges nod by unanimous decision.

The bad blood between Musa Sethwape and Shannon van Tonder was settled with Sethwape wearing his opponent down in the second stanza courtesy of flurries of fists from which Van Tonder was unable to recover, though Sethwape failed to finish in the third prompting a stern admonishment from his coach, he still secured the judges nod.

On a night of upsets, August Kayambala silenced the crowd with a first-round TKO of Angola’s Nerik Simoes and wasted no time in calling for a title shot in a featherweight division that has a plethora of athletes petitioning for a crack at incumbent title-holder Igeu Kabesa.

EFC 100 was advertised as a celebration of the cream of Africa’s finest warriors, though it only set the bar higher for what is set to be a 2023 that will continue to propel the EFC into the hearts and minds of sports fans across the globe.

EFC 101 is presented by World Sports Betting and takes place on Thursday, 02 March 2023 live from the EFC Performance Institute in JHB, South Africa.