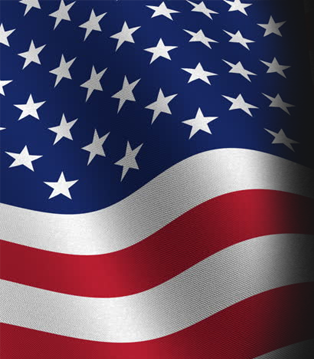 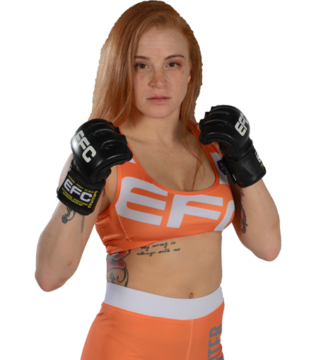 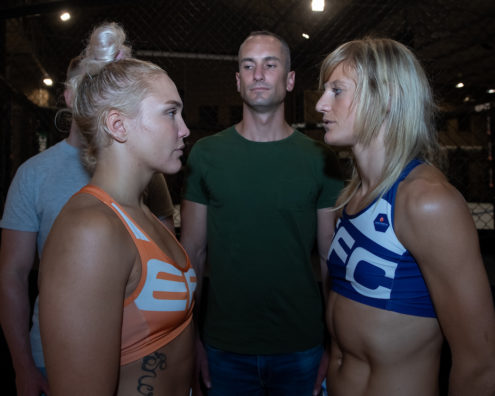 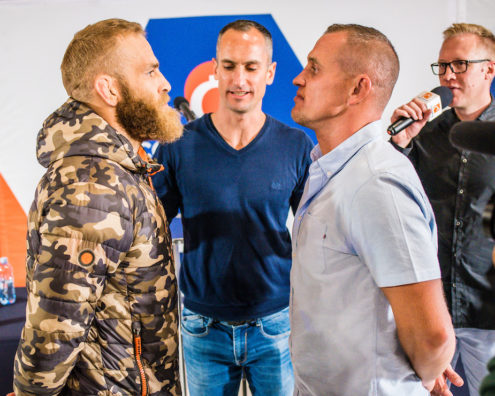 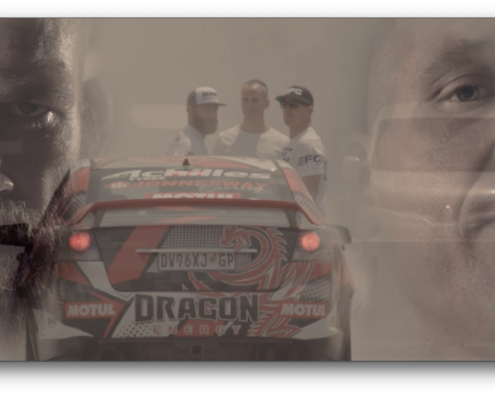 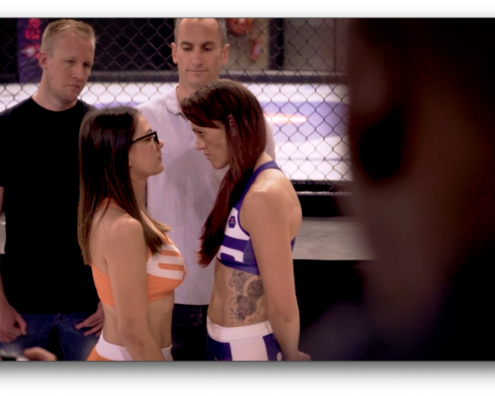 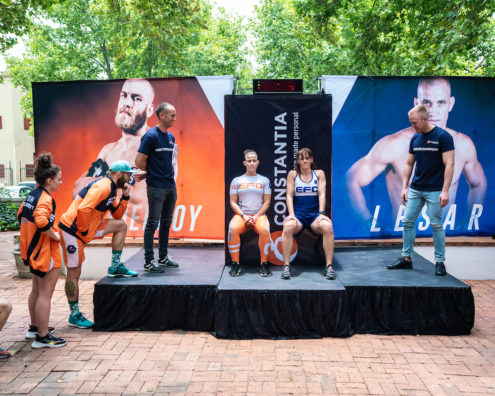 THIS WEEK ON #TF2 – A DRAMATIC KO
View Article 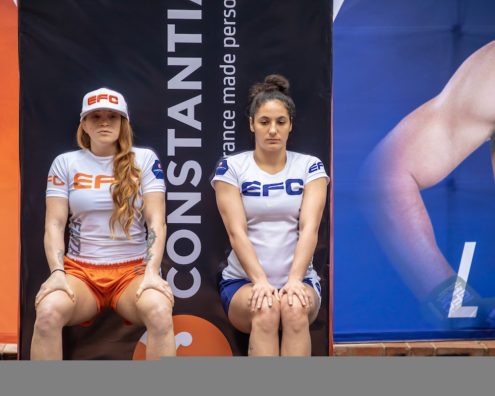 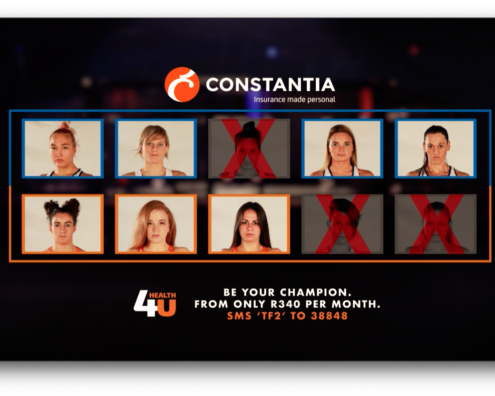 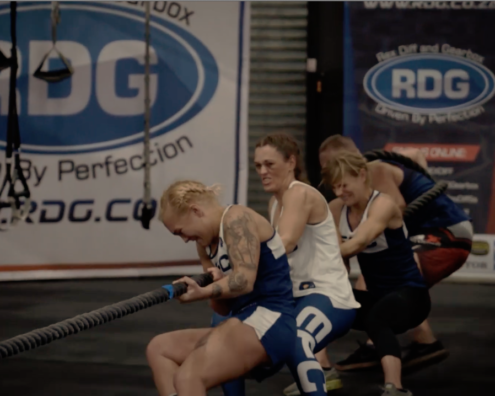 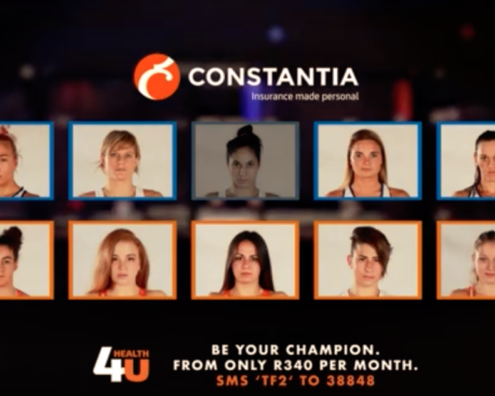 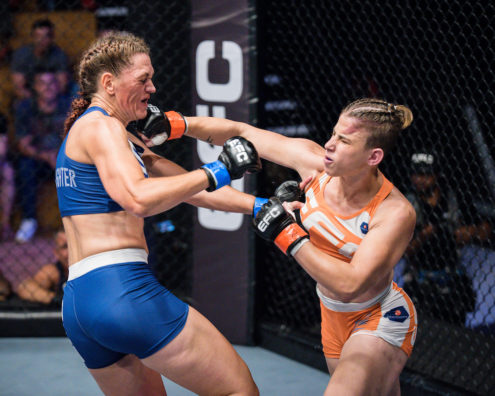 THIS WEEK ON #TF2 – TROSEE VS MARCAL
View Article 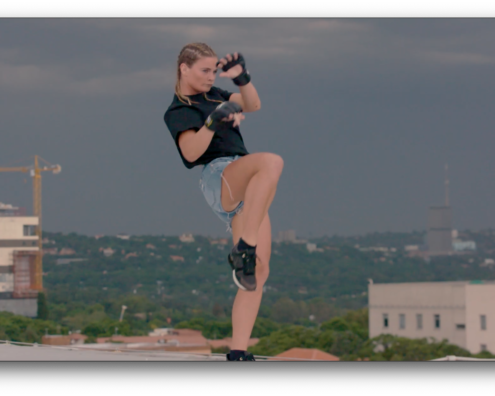 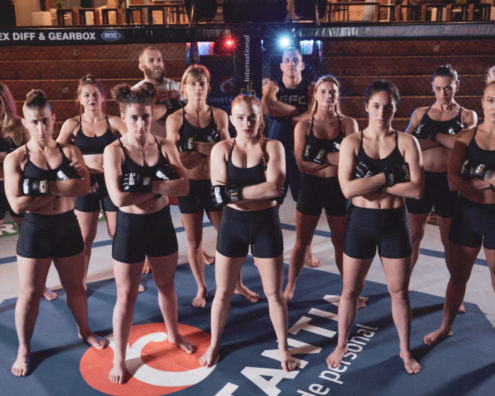 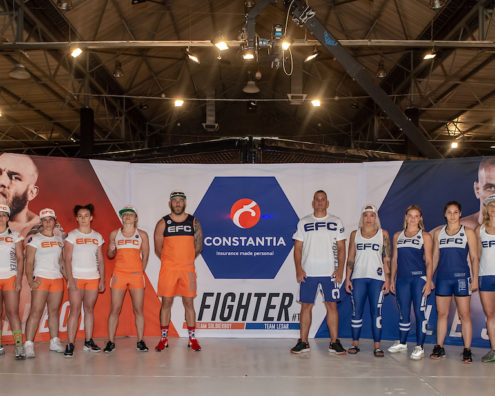 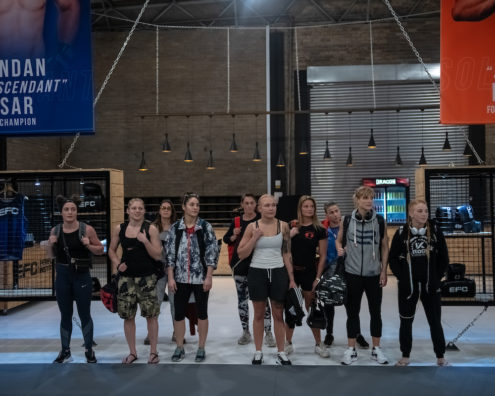 Next Time on #TF2 – Semi-Finals

THIS WEEK ON #TF2 – QUARTERFINALS BEGIN

Right after I graduated college, I moved 10 hours away to take my first big girl job. I worked at a

residential treatment program with kids with severe mental and behavior disorders. 2 months later, I was fired for having marijuana. That same day, I was forced to drive home and move back in with my parents and start over. I was lost and had no clue what I wanted next for my life. Looking to blow off some steam, I went from gym to gym lifting and taking advantage of “free day passes”. I went to about 6 different gyms in one week. The last one was a boxing gym. It is safe to say I fell in love with it. I started when I was 23 years old.

I was 4 days away from moving to New York City. The plan was to go there and continue following my boxing dream. I posted a video of me hitting pads on Instagram and Din Thomas (UFC vet, co-star of Dana White: Looking for a fight and head ATT coach) came across my video and complimented me. Even though I wasn’t previously interested in MMA, I decided to reach out to him and discuss coming to the gym to visit and try it out. I told him I will do whatever it takes to be a champion, and that I know if I’m at a camp like ATT, I will reach my highest potential. After a short conversation, he asked me when I’d like to visit. I told him I’d be there in 2 weeks. I put my New York trip on hold, took the little money I had left and flew to South Florida to train at the best MMA camp in the world. My very first wrestling and jiu jitsu classes were alongside some of the biggest names in MMA. At that moment, I had no idea if MMA was something I’d be successful at, but I realized I had the opportunity of a lifetime in front of me and there is no way I was going to turn it down, despite my doubt and fear. I moved to South Florida permanently just a few weeks later.

How did you get your fight name?

My last name is pronounced Rock-o. So KAYROCK is just my first and last name shortened.

I love working my wrestling and double legs. When I was in college, I played rugby and tackling was a huge part of my game. There are so many different ways/setups to a double leg takedown and I love learning and testing each one.

My hero is Prichard Colon. He was a 16-0 professional boxer, a huge up and coming prospect and a very good friend of mine. 2 years ago, his entire life changed from a few illegal punches to the back of his head during a fight. After the fight, he fell into a coma and remained in it for 221 days. Although he will never be the same and will never fight again, he inspires me daily. He was always full of life, positive, supportive, and truly a genuine person. I fight for him. I hope to make half of the difference in others’ lives as he’s made in mine.

What other interesting information can you tell us about yourself (hobbies, work, fun, outside of gym)?

Since I moved to Florida, I’ve been in a long, 2 year training camp. I train 2-3 times a day and work

Monday thru Friday. There hasn’t been too much time for fun lately… but I truly enjoy relaxing on the

beach, traveling around the world, spending time with family and friends, and LEARNING! In the future, one of my goals is to go back to school to get a Psy.D in Clinical Psychology.

It means everything! Fighting is my life and opportunities like this are once-in-a-lifetime. I’m so excited to experience the culture of South Africa and to train and compete with hungry talent from around the world. I’m very grateful for the opportunity to fight in the EFC and plan to make the most of it.