Costa’s up for the challenge 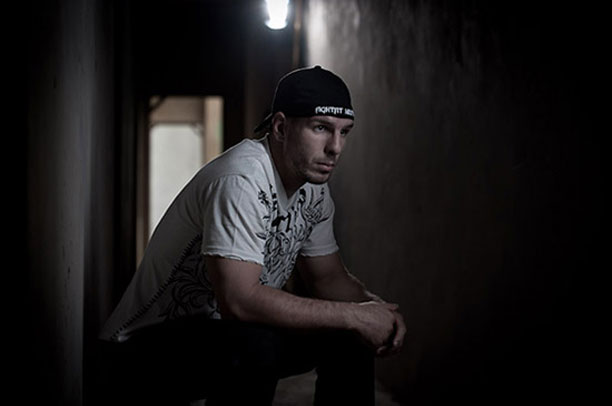 EFC AFRICA lightweight title challenger Costa Ioannou has only had two professional fights, but the quality of his two victories has pushed him to the forefront of his division where he is now in a position to take on current champ Wentzel Nel. Becoming one of EFC AFRICA’s most popular fighters in a very short time has not been something Ioannou has easily adapted to but, as with MMA; it’s been all about practise.

“I really don’t like being in the spotlight and was really uncomfortable with it, but slowly I’m getting more comfortable and I’m now a lot more approachable because of that,” said Ioannou. “People recognise me all the time, wherever I go. A lot of fans wish me well for my upcoming fights or try explain to me what an inspiration I am for them, which really makes me proud and helps me realise how important my role is as a professional athlete and how all my actions have repercussions. A few ask for my autograph and I’m always happy to oblige. The first autograph I signed was at a place where I worked, a guy asked me to sign his gloves because he was starting boxercise and wanted inspiration. I couldn’t believe it at first and was a little embarrassed and taken aback at how much that meant to him.” Even though his title shot is less than a month away and he’s already up on posters, billboards internet sites and promo videos that are being seen around the world, Ioannou maintains that he’s just the same old Greek boy that he’s always been. “I still don’t consider myself a ‘fighter’ and I can’t believe I have done and accomplished some of the stuff I have when I look back on it. Fortunately my family and girlfriend and all my friends support me with all the things I have chosen to try accomplish. They also know it will be very hard to stop me when I have decided to do something.”

For the biggest fight of his career, Ioannou has nothing but respect for his opponent, but still possesses unshakable faith in his own abilities. “I said before that I was not interested in the title and I just wanted to compete and test myself. I have realised though how important the title is for me and how much I want it. I will still be competing and testing myself against the top contenders but just as the champ. Wentzel is a really strong and athletic opponent that has been around and competing for a very long time. He trains extremely hard all the time and, for me, he has made a trip to the USA to train with some of the top guys in the world. This is going to be a very hard fight and a rewarding and memorable victory if I win.” Ioannou knows that talent and confidence are useless without hours of preparation behind them, and so he has put in the effort to make this a fight for the history books. “I don’t like it when people say they deserve to win something. You don’t get given what you think you deserve; it’s up to you to work really hard and make it happen. For this fight I sure as hell am going to prove I’m worthy of the title though. I’d like to quote something by boxing manager and trainer Cus D’Amato that sums it up: ‘When two men step into the ring, one and only one deserves to win. When you step into the ring, you gotta know you deserve to win. You gotta know destiny owes you victory, because you trained harder than your opponent. You sparred harder. You ran farther.’ 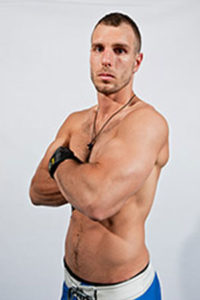 To get into shape for his epic encounter, Ioannou has been training with two of the most renowned three-letter acronyms in the business: FFM and CMD. “I train BJJ and all round MMA with Rodney King and Nuno De Gouveia at Crazy Monkey Defense. It involves a lot of sparring, pad work, rolling and mental game training. CMD helps keep me calm and feeling safe even when I’m under pressure and taking strikes. The mental game training side of CMD has helped me more than I can describe. I also train at Fight Fit Militia with Richard Quan and the FFM fight team. I hit pads, spar, roll, do roadwork, crossfit and a load of other stuff. I’m not a full time fighter at the moment and really battle with getting enough sleep and time to train everything I want to. Hopefully soon I will make the switch for a while and see how different my game can become with that added training.”

Ioannou grew up in Bedfordview, attending SAHETI (South African Hellenic Educational and Technical Institute) from nursery school to Matric and has lived in Senderwood, Bedfordview, for the past 10 years. His martial arts career began with karate as a child, then a few years of Kung Fu, although he admits to always wanting to box instead. Seeing MMA as a way to further his boxing skills and pick up some jits, Ioannou accompanied a friend to a class in 2004. The bug bit and Ioannou jumped in head first. “Now with competing at EFC AFRICA I love training more than ever. I like testing myself and always wanted to compete but there were never any clean cut, international-standard promotions until EFC started up. I went to watch 01 and 02 and after that I thought ‘that’s it I have to enter!’ I got hold of EFC AFRICA matchmaker Graeme Cartmell, had a meeting with him to tell him I wanted to fight, and that was that.”

According to Ioannou, his MMA skills are constantly developing, thanks to a sporty upbringing. “I was involved in rugby, soccer, athletics and combat pistol shooting. I’m generally pretty athletic and sporty so if I put time into something I usually become OK at it.” Apart from the physical aspects of MMA, Ioannou also knows all too well that each match is a mental battle that begins well before anyone steps into the cage. “My strongest asset is my mind – when it’s right. After my fights, I often feel upset with my boxing or other things because I know they are a lot better when I switch on properly (for an example of Ioannou ‘in the zone’, look at the 3rd round of his fight with Brendon Katz). When I let my mind go, my body has always naturally done its own thing, to great effect, in MMA. For example, when I fought Will Bentley, I wanted to keep it standing, but felt he wanted to stand. Without thinking, I took him to where he obviously didn’t want to go, down to the ground, and won the fight. People talk about EFC AFRICA’s lights and crowd being a difficult thing to get used to, but I haven’t felt nervous at all. I do have to say though that with my last fight the crowd really, really picked me up and put me where I needed to be!” 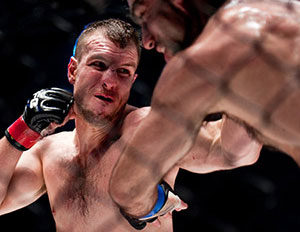 Besides its practical applications and recreational value, MMA has also instilled a great sense of self-control in Ioannou. “Until I started MMA I always had a lot of anger inside that would sometimes manifest in road rage and other antisocial behaviour. I did get into a few fights, especially because I’m very protective of my friends and loved ones. But since dedicating myself to MMA, I have completely chilled out because of what the sport has given me as a person, irrespective of whether I am competing or not. These days I pity people wanting to prove themselves through fighting at clubs and other places where chilling out and socialising is what should be happening.”

Ioannou doesn’t have a fighting name and isn’t particularly looking for one, due to the recognisability he already has. With so much attention already focussed on him, who can argue? “My name is Costa and everyone in all sporting circles I have been involved in got to know my name and face with it, so I’m happy to be known as just ‘Costa’. Just being Costa, the Greek culture and fans are a given. At my fights so far, I have known all of my flag-waving fans on a personal basis. Now that more and more people are joining in with the flags and everything else I suppose I won’t know them all, but I am honoured and grateful for every new fan and friend I receive.”

See Costa Ioannou in action on 14 April at EFC AFRICA 08!