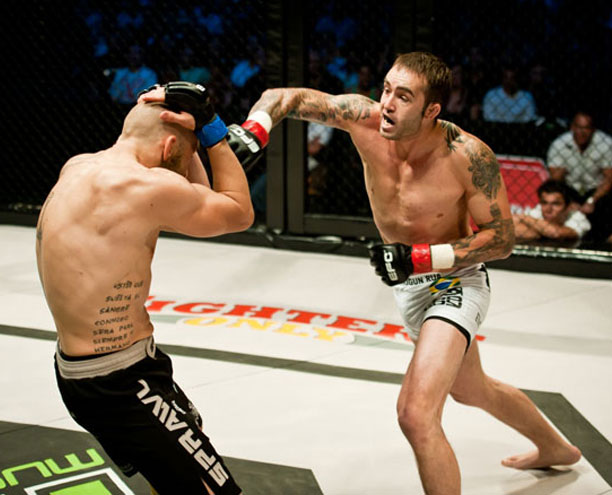 Although Wade Henderson had been preparing for EFC AFRICA 08 ever since his last-minute shot at EFC AFRICA 07 was cancelled, his opponent was only announced 5 weeks from fight night. When it was certain that Henderson would fight Dallas Jakobi, there was just one thing on everyone’s mind: rematch.

“I fought Dallas about 2 years ago in Durban,” said Henderson. We had a very competitive fight; I won the first round convincingly but Dallas caught me with some knees, went for a takedown and the ref had to stop the fight because of the blood. I know Dallas is a tough opponent and when we fight on 14 April it probably won’t be over quickly. I expect Dallas to try to take me down and work his G’nP again but this time I’m ready. I’ve been training my BJJ three times a week with Wiekus Swart, my boxing with Gert Strydom and my kickboxing with JP Kruger. If you ask me, this has fight of the night written all over it.”

“My preparation is completely on track, the only change I’ve really had to make to adapt to Dallas is the cut to catch weight at 80kg. I’m feeling good; I could step into the cage right now. I’d just like to thank Team Titan and Tiny for all the effort that’s gone into this, and I’d like to thank my wife for standing by me through everything.”

It’s a fan’s dream come true when both fighters expect a tough fight, and this is one of those occasions. According to Jakobi, even though he beat Henderson once, he’s not taking anything for granted on 14 April. 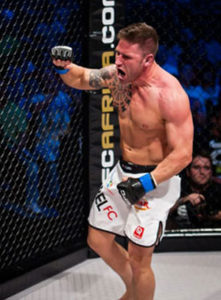 “Wade always brings a fight, no matter where or who he’s taking on,” said Jakobi. “The first time we fought it was a battle, it was the first time I’d been taken to round 2 and Wade was very well-rounded, even back then. It’s difficult to say what I think will happen in this fight because everyone progresses and I’m sure Wade has progressed a lot. All I can say is that I beat my opponents the way that they let me, so if there are any holes in his game, that’s how I am going to win.”

As for the catch weight limit of 80kg, it’s because Jakobi is considering his welterweight options. “I should be about 77kg for this fight. My cut to welter is going well so far. The reason I want to move to welter is because it’s a better division for me. I feel I have to move there eventually, so this will be a trial run, and this rematch with Wade is a good opportunity to test it. However, I still want a shot at Garreth or Jacques, whoever wins the title, so don’t count me out of middleweight just yet!”