EFC Africa gets a taste of Diesel 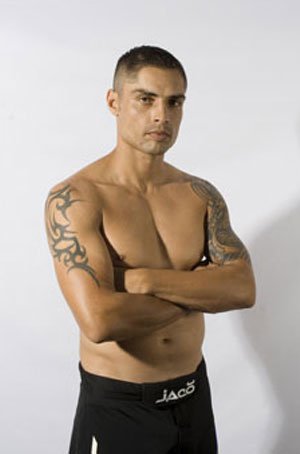 Although Neil Diesel makes his EFC AFRICA debut on 14 April, he is already a living legend in South African MMA. With 18 wins, 1 loss and a competitive career spanning over a decade, Diesel is weeks away from bringing old school MMA to a new generation of fans.

Now 32, Diesel’s martial arts career began at age 19 when he returned to SA with a rugby injury, his hopes of a professional sporting career all but shattered. At his cousin’s suggestion, Diesel took up Brazilian Jiu-Jitsu for rehabilitation.

“After a week at Rodney King’s Street Tough gym I was hooked. It was a very unconventional gym; we had belts and used to roll in gis, but we trained hard, in ways that were practical and very different from what was being taught in other dojos at the time. There was no MMA curriculum like there is now, so we made do with hard sparring in Rodney’s mix of Muay Thai and BJJ. We started with a type of functional Jeet Kune Do that became Vale Tudo, and we tried to keep up with the rest of the world by watching Pride Fighting Championship VHS tapes.”

With SA MMA in its infancy, the only places to compete were in the few gyms that recognised the sport, or in the field of combat. Literally.“We used to gather on a sports field in Randburg to test ourselves. In the beginning it was just two gyms that came to see how effective their techniques were but, over about 6 or 7 months, it grew, and we had all kinds of martial artists coming down. One particularly memorable fight took place when this karate guy pitched up. He stepped forward, saying he wanted to fight, and Sipho, this guy from Diepsloot, raised his hand to accept the challenge. Now the thing you have to keep in mind is that this karate guy was a second dan, so that’s what, 15, maybe 20 years of training? Sipho had no martial arts experience whatsoever, just a hard life and maybe a couple of street fights. Now there are no ropes or barriers, so we’re just standing around them, ready for this fight to go anywhere. The karate guy takes his stance, Sipho gets ready, and the fight kicks off. Sipho goes straight in, a flying knee, punches, and this karate guy is flattened, doesn’t know what’s happening. He gets up and runs off into the distance and a couple of guys are restraining Sipho, trying to convince him it’s all over.”

“That was the reality of martial arts. If you hadn’t been exposed to real strikes or hard sparring, you usually got knocked out in a real fight. Our fights were very simple back then, we had two pairs of basic MMA gloves we used to pass around, and hardly anyone had mouth guards. There was no financial incentive, nothing like that, we were just fighting for the love of it. But fights never broke out because of arguments or egos; there were no egos because of how hard the fights were, and we’d congratulate each other and cheer everyone on. It was a good time to be involved, but it was very hard core.”

Diesel swiftly developed a fearsome reputation, to the point that his competitive career virtually ground a halt. No one would fight him, and it was commonplace for those who had worked up the courage to accept his challenges to simply not turn up on fight night. “I used to fight hard. I broke a few limbs and a lot of my fights ended quickly. There were no weight divisions and I averaged about 76kg while my opponents averaged 88kg. Because of the weight disadvantage I had to fight hard, I got used to taking on bigger opponents. When we then started fighting in weight classes I brought that power and intensity with me, and couldn’t find opponents.” 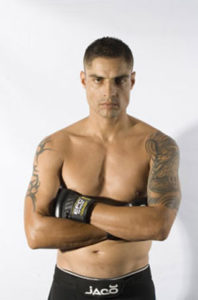 Over the years, Diesel has seen many changes in MMA. Fortunately, it seems that he likes what he sees with EFC AFRICA.

“Over the past 15 years SA MMA has been kicked around, thrown away, abused and prostituted by promoters who have been in it for themselves. I’ve seen about 8 promoters come and go but, fortunately, with EFC AFRICA it seems that the fighters are happy and motivated. At the end of the day, if the fighters aren’t out there doing their best, MMA can’t last. I always knew SA was a few years behind the international MMA wave, and that we just needed the right formula to make it work here. It looks like the time is now.”

For his EFC AFRICA debut, Diesel will face Nigeria’s Victor Anyaogu, who lost against an old friend of Diesel’s, Leo Gloss, at EFC AFRICA 07. Despite the loss, Anyaogu’s performance helped earn Fight of the Night, and Diesel is preparing for a challenge.

“I’ve fought a guy from the Congo before and he was tough, tireless and powerful so I expect the same from Victor. I had a chat with Leo and apparently Victor likes to hit hard and he has a decent supply of kicks. Fortunately, with the sparring I’ve been doing with Harold Volbrecht’s boxers, I’m confident I can take him out. If we go to the ground I’ve got an answer for him but my plan, as far as it’s possible to plan in MMA, is to keep the fight standing and put on a good show for the crowd.”