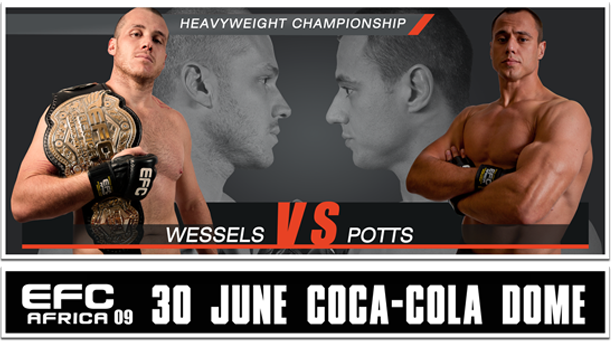 Johannesburg (South Africa) – It is almost impossible to think of a mixed martial arts heavyweight champion as anything but a raging machine, fuelled by the chaos of war and the sweet smell of victory, especially a few days before defending his title. That is of course unless the man in question is EFC AFRICA’s reigning heavyweight champion; Norman “Chef” Wessels. Chef is the epitome of professionalism, calmness and laser beam focus leading up to his fight with Ruan Potts on the 30th June at the Coca-Cola dome. 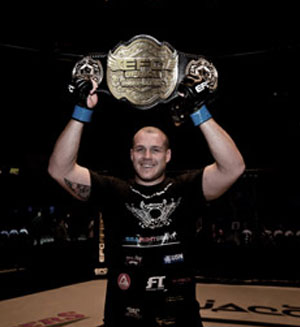 “This is the first training camp I have ever had where I am completely injury free so I am feeling very good at the moment. Our conditioning, strategy and all of our preparation is perfectly on track, so much so that Richie (Quan) gave us all the nod yesterday which means we could fight today if need be. Getting the nod so early from your coaches is a massive confidence boost. So yes I am completely ready.” said Wessels, as composed as if the 30th was just another day at the office.

It is often said that a champion only becomes a true champion once he has defended his title, with this in mind we asked Wessels if he felt more pressure defending the title than he did when competing for the vacant belt in October of last year.

“There was more pressure coming into the fight with Bernardo (Mikixi) because we really wanted to put FFM (Fight Fit Militia) on the map and get noticed for all the hard work that we had put in. With the title defence coming up I feel like I’m a far more mature fighter, I have evolved mentally and this time I’m more focused on the job at hand. I’m not nervous at all, its not that we are taking Ruan lightly, it’s more of a case of being completely prepared and confident in all the work we have put in so far” 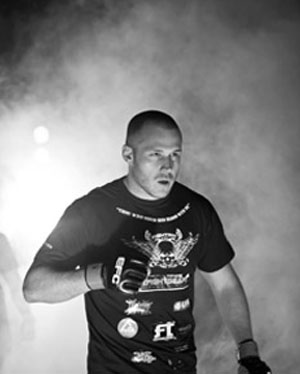 The single-minded motivation before the fight against Mikixi was clear: become the first EFC AFRICA heavyweight champion. Now the belt is his and the pressure has changed where does the drive and motivation stem from?

“Family, community and respect. I’m not big on accolades so what is really important to me is showing people that the average Joe can achieve anything they set their mind to as long as they work hard, have a great work ethic and solid family values. Its as simple as that.”

Having already ticked all the boxes in the conditioning, mental preparation and motivation departments all that remains is the fight strategy and with master tactician Richard Quan in his corner the game plan has been clearly defined, and is ready for execution.

“We don’t have much reference to gauge Ruan on so our plan is to start as many fires as we can, see which ones he battles to put out and keep pouring petrol on the ones that are still burning. We are really just going to keep it as simple as possible. I am going to test him at his own game and I’d like to get a submission and tap him out.”

Ruan Potts has been the subject of much hype and publicity coming into the fight. Does Chef think that Potts deserves the hype that has surrounded him and does he think he will deliver come fight night?

“Yes, to a certain extent he does. He has a clear record and a history in the sport. But at the same time he keeps telling us (the public through the media) that he’s never been knocked out, never been submitted, how many fights he’s won and that he’s the champion of this and that and at FFM we believe that if you have to keep reminding everyone about what you have achieved then you obviously don’t believe in yourself or the fact that anybody else does either. Again, we don’t have much reference so we will see on the night.”

With just over a week to go until possibly the biggest fight of his career, the man at the top of the African heavyweight pile is completely at ease with himself and the task set before him. He speaks with complete conviction, and is totally focused and calm, a kind of calm that can only be compared to the one just before a brutal storm.

Wessels would like to thank Tap Out, USN, Fightgear, Fighting Twins, Inge Retief (Dietician) and Puveshni (Physio) for all of their continued and unwavering support.