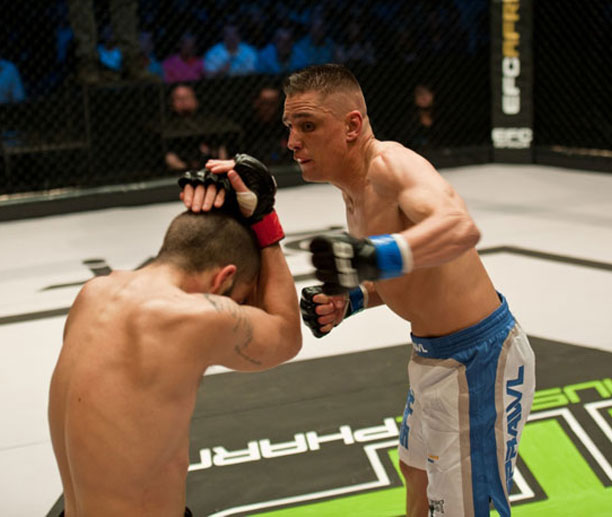 On 30 June, Leo Gloss will fight a man that he has been friends with for over 20 years, his former boxing student Charlie Weyer. The two are still close and have huge respect for each other, but only one can emerge victorious at EFC AFRICA 09.

According to Gloss, even when he used to coach Weyer, the kid had skill. “Charlie has always been a very good boxer. When he started with me and Johnny du Plooy he had a lot of potential and I was soon able to take him to Gauteng championships. I can’t really think of any weaknesses that he had back then and I know he’s improved even more from moving to MMA.”

“In terms of my own preparation, everything is on track. I’ve started implementing crossfit training and I’ve broken all my former strength and fitness records. I’ve honestly never trained so hard or felt better for a fight in my life.”

Gloss’ only regret is sitting out EFC AFRICA 08 and, because of that, he’s ready to put on even more of a show than usual. “It was heart-breaking to miss an EFC. I had an opponent lined up but he pulled out. Now that I’m back I’m going to come in a lot more aggressively than usual. If you forgot about me at EFC 08 then I’m going to remind you that the King is back! I’m confident and strong but I’m still expecting a tough fight from Charlie. I have to beat him because after this it’s featherweight title time.”

“I’d just like to say one last thing, congratulations to Charlie and his lovely wife on the recent birth of their child!”