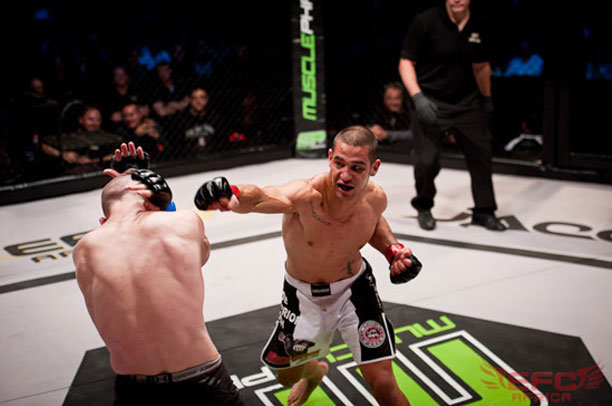 After making such a rib-cracking debut at EFC AFRICA 09, everyone wants to know more about JHB southern suburbs resident Wade ‘Warrior’ Groth. In his first professional fight he managed to knock out a more experienced opponent, Ashley Calvert, with the most devastating body shot EFC AFRICA has seen to date.

How was your first EFC AFRICA experience?
Wow it’s hard to describe the feeling I had walking out to all those screaming spectators. All those eyes watching me take on a more experienced opponent just made me want the victory more!

How was the fight with Ashley?
I am pleased with my performance against Ashley. I think it went very well and I learnt that what you put in during training is what you get out in the hexagon. There is no substitute for hard work and dedication. I would just like to thank Ashley for taking fight with me as well.

How did it feel to land that knockout shot and win a KO of the Night?
It was a shock to me but one of the best feelings I have ever felt! Ha ha the proof is definitely in the pudding and on the night I was the pudding! 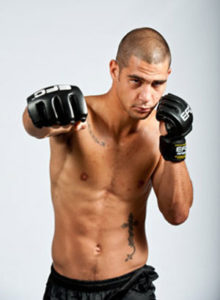 What have you been up to since the fight?
Since the fight I have taken a break from the training and dieting, just for a week, your body needs a rest period to recover or you will never perform at your best. I’ll definitely be back to the old routine soon.

What do you plan on doing next?
Firstly I plan to watch the fight with Ashley to see where I made mistakes, iron out those bumps and then get back to the grind stone to train my body and mind so I can be a more complete fighter. A valuable saying I was once told was “Good, Better, Best, never let it rest until your good is better than your best!”

What do you think of your division and is there anyone you’d like to fight?
I think the lightweight division is an extremely tough division. There are some good fighters that will be put in my path and with regards to who I will fight next I haven’t given it much thought. However, I wouldn’t mind testing myself against Victor Anyaogu, who was Neil Diesel’s last opponent.

Have you received a lot of attention from your debut?
After my fight the amount of attention I got was astonishing! Friend requests have not stopped and I can’t deny that all the attention is pretty awesome; I just hope I can continue to grow a support group where people cheer for me because of how I perform. Moving forward I would like to thank the Lord above as all things are possible through him. Another very big thank you to my trainers Manny and Nicolas as well as Morne from combat coaching, you guys got me ready for war and made sure I was ready for battle. Thanks to Shane and the guys from Titan Labs, your products are amazing, Rudy from Midvaal structures, Manny and Bruce from Loco wear, My team “Team Loco” for the help during training and then my family, friends and spectators who cheered and chanted “Warrior” thank you! And last but not least a big Thank You to EFC AFRICA! I look forward to my next bout.