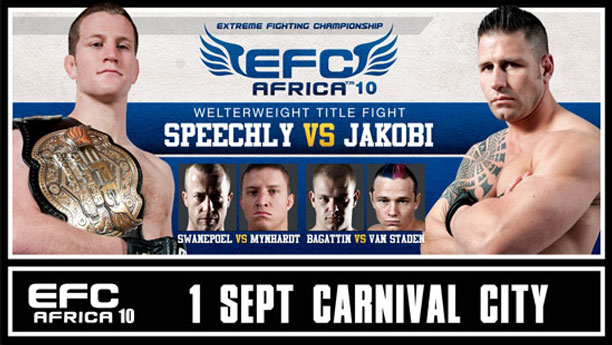 Johannesburg (South Africa) – Just five weeks away from EFC AFRICA 10, injury has forced Sean Robinson out of his scheduled bout with JP Joubert. However, Jeremy Scheepers has stepped in to take Robinson’s place, allowing an equally exciting light heavyweight bout to take place. 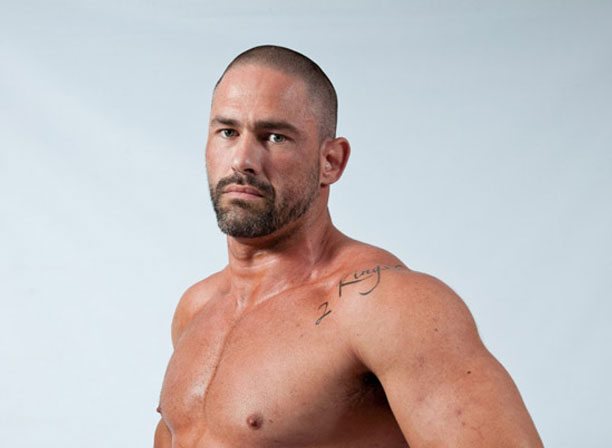 “I’m extremely disappointed that I won’t be able to fight at EFC AFRICA 10,” said Robinson. “I suffered a hand injury during training which has put me out of action for a number of weeks.” According to Robinson, he was holding pads so that a 105kg Middle Eastern karate champion could practice kicks. In a freak accident, the champ missed the pads and smashed Robinson’s hand. “I tried everything I could to still make this fight happen, in fact if it was up to me I’d still be fighting, but EFC AFRICA has made it clear that I will not be allowed to risk further injury. I will still be attending EFC AFRICA 10 as a spectator, and I wish Jeremy and JP all the best with their bout.” 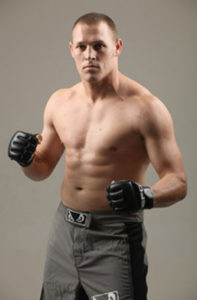 Jeremy Scheepers holds a professional record of 34 wins and 14 losses, making him the most experienced athlete currently fighting for EFC AFRICA. However, he has only had two fights at EFC AFRICA so far, and he is raring to win over new fans thanks to this unexpected opportunity. “The call to step in for Sean came as a big surprise, but a very welcome one,” said Scheepers. “I’m very excited that I now have the opportunity to redeem myself for the boring win against Raymond Ahana at EFC AFRICA 09, and I get to beat up JP Joubert in the process. JP and I were supposed to fight a few years back, so it will be good to finally get it out of the way. I don’t think he has too much skill but he is a strong, aggressive brawler. I won’t underestimate him, but I train with the best, in terms of stand-up and the ground. I’ve also done my homework and seen a few of JP’s fights, he seems to show no fear and rush in immediately, maybe even carelessly, and that leaves him open to getting caught. But whatever happens, I guarantee this will be an exciting fight!” 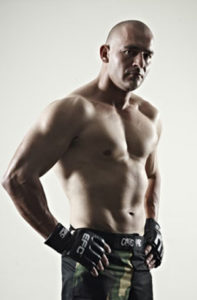 JP Joubert, also eager to make an impact after almost a year away from competition, welcomed the change of opponent. Although mildly annoyed that he would not get a crack at Robinson, he was more than willing to take out any frustrations on Scheepers. “Apparently Sean broke his hand in training,” said Joubert. “To me it sounds more like he wanted a way out of this fight. But I don’t mind that he’s out, it just means my fight gets even easier now that I’m facing Jeremy. And if Jeremy thinks he’s got more skill than me, someone needs to tell him there’s a difference between having lots of fights and having skill. Sure he’s got experience, but he’s washed up. I’m not sure why he’s still hanging around in MMA because he’s got nothing special to offer. I might as well do him a favour and end his career at this next EFC AFRICA.”