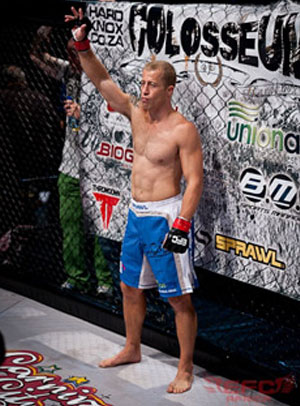 One of EFC AFRICA 10’s most anticipated main card bouts features Nolan ‘The Real Deal’ Swanepoel versus Leon ‘Iron Lion’ Mynhardt. Swanepoel’s last EFC AFRICA appearance was at EFC AFRICA 08 where he lost out on the welterweight title to grappling prodigy Adam Speechly. Despite the loss, Swanepoel remains confident that he will overcome obstacles such as Mynhardt and make his way back to title contention.

“The belt still has my name on it and I’ll fight anyone to get it,” said Swanepoel. “I was disappointed with my performance during the title fight because I felt that mentally, I just wasn’t there. After the loss I put pride in my pocket and moved on, and now I’m back to show that I deserve the title more than ever.”

However, Swanepoel’s next opponent, Leon ‘Iron Lion’ Mynhardt presents a very real threat to Swanepoel’s run at the title. Mynhardt is ranked second in SA’s welterweight division by Fighters Only magazine and has his own championship aspirations. “I know Leon is an awesome striker and he’s been working hard on his ground game, mainly for defence, because he really likes to stand and bang. But my stand-up game is getting back to what it used to be and I have a better ground game so I really look forward to testing Leon. This is going to be a totally different fight to my last one against Adam, because Adam tends to win without hurting his opponents, but Leon inflicts a lot of pain. I’m looking forward to some pain because it will bring out my aggression, which is something I haven’t been able to show for a while.” 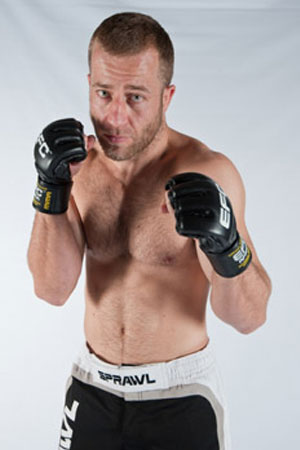 Swanepoel also claims that he’s seen most of Mynhardt’s recent fights and has found weaknesses that he will be able to exploit. “I don’t want to give too much away but I will definitely be benefitting from the lessons that Leon’s last few fights have shown me.”