Q and A with Armand de Bruyn 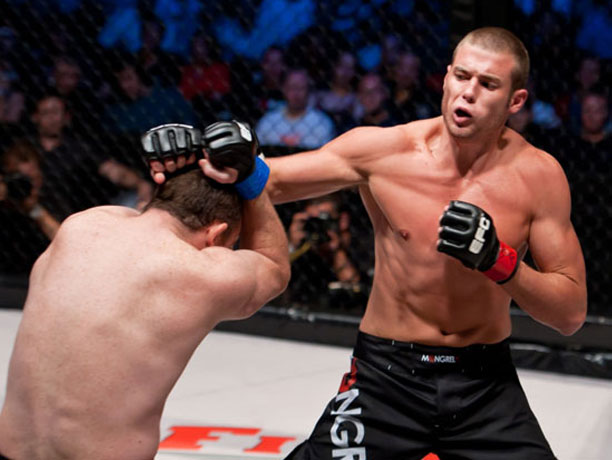 Durban’s Armand de Bruyn returns for his second EFC AFRICA fight at EFC AFRICA 10, where he will face Pretoria’s Keith ‘Khaos’ Theologo. After a loss at EFC AFRICA 07 and being forced onto the sidelines at EFC AFRICA 08, de Bruyn is looking forward to getting back in the cage and redeeming himself.

How was your first EFC AFRICA fight?
Walking out to 7000 yelling people was actually a bit scary but I was fit and ready. If anything, I attacked too quickly because I wanted to impress the crowd, and I think that was my mistake. I charged in, got a hip toss and landed in a perfect armbar position. I was so sure the armbar was on but somehow I lost it and Liam overwhelmed me and got the choke.

You almost fought at EFC AFRICA 08, what happened there?
My opponent, Gina Ifuki, didn’t make weight. He was over by quite a few kilos and EFC cancelled the fight. It was very frustrating, working so hard for so long and then your opponent spoils everything by not doing his share. Even though I was disappointed not to fight, EFC 08 was still a great show and I was very impressed with Carnival City as a venue.

How has your preparation been going?
I’ve been working hard because I need a win! I’ve shifted my training a lot, I won’t say exactly how, but it’s much more disciplined and traditional. I’ve also taken up kettlebell training, which makes you feel like death so it must be working. I’m now carrying more muscle and I’ve never been this strong.

What do you know about your next opponent, Keith Theologo?
I’ve seen him fight as an amateur and a pro and I haven’t been impressed yet. The last one I saw was more of a dance. I think he threw 1,5 punches in the whole fight. He might have some stand-up skills I haven’t seen, but I definitely have better ground skills. 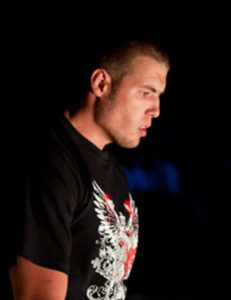 What have you been up to outside MMA?
I still compete in Judo. I came third at the SA trials, then got disqualified at the SA Open in June. The new rules state that you can’t grab the leg without initiating an attack, and I pretty much went for an MMA takedown. I’ve been putting most of my training into MMA, which is no good if you’re trying to win Judo competitions, because then MMA just comes naturally!

What are the MMA benefits of Judo?
Judo helps with takedowns, sweeps, mounts; generally everything that requires position and control.

Are you a full-time fighter?
No, I fight in my free time. I’m a draughtsman during the day. I actually work at the Bakers factory where some of the Bakers biscuits are made.

Does that mean you get free biscuits?
Yes, I’m allowed to eat as much as I like, although I’ve never tried because I have weight cuts to worry about!

What is your favourite biscuit?
I like Tennis biscuits, which is unlucky because they are made at a different factory. We make cream biscuits like Romany Creams, Lemon Creams, Jambos… don’t get me started on Jambos, let’s stop talking food so close to the fight!