EFC Africa 11 – The next lightweight legend? 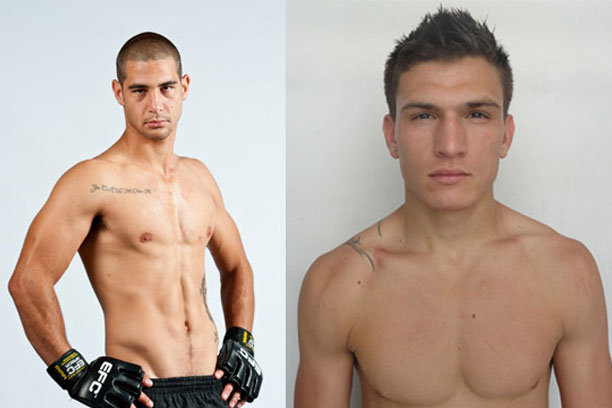 If African MMA follows international trends and manages to keep up with the Joneses (Jon Jones, current UFC light heavyweight champ and youngest ever UFC champ), it’s time that hotshot new fighters outclass and replace the old guard. Two prospects on the EFC AFRICA lightweight roster that have every indication of living up to the new wave of MMA are Don ‘Magic Man’ Madge and Wade ‘Warrior’ Groth, who will be facing each other at EFC AFRICA 11. Both have been touted as the next big thing, but on 10 November one will step closer to lasting acclaim while the other will take his first tumble in professional MMA.

Groth made his pro debut at EFC AFRICA 09 and impressed everyone with his Knockout of the Night win against Ashley Calvert. 35 seconds into round three, Calvert was on the receiving end of a bone-jarring body shot which sent him crumpling to the canvas. Groth was immediately heralded as a strong prospect in the division. “I go into every fight hungry for the win and hoping to put on a show for the fans. After the Ashley fight I took a week off training and splashed out a little – you need to relax a bit and recharge your batteries – but withdrawal symptoms kicked in and I needed to be active in the gym again.” Also eager to get back into the cage, Groth jumped at the chance to take on a new challenge, this time in the form of Don Madge, a fighter with an extensive kickboxing background. With the fight less than a month away, Groth is confident despite knowing relatively little about his opponent. “Fight preparation is going well. I’ve been faced by a few minor concerns but I’ve got a great team of trainers that I have faith in getting me ready for the fight. Preparation is different as no two fights are the same and no fight is ever easy, and I don’t know too much about Don other than what I’ve heard: He’s a Muay Thai champ and his stand up is pretty good. Given that he comes from a K1/Muay Thai background, I would think his strengths would have to be his stand-up, including kicks. He has a good K1/Muay Thai record but we have to keep in mind that this is MMA, a whole different ball game, so I am not too concerned with his record.” Groth believes that he’ll emerge victorious thanks to his experiences in amateur and pro MMA, a more varied skillset and a few secret weapons. “I’m able to rely on my training, MMA skills and techniques. Also, no one knows what to expect with me.” 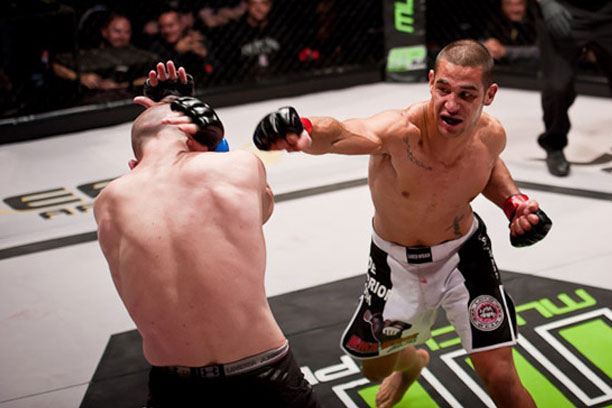 “I would like to thank the Lord, without him none of this would be possible, my family and friends for putting up with my diet and hibernation periods, my trainers and team always pushing me and backing me all the way, my sponsors Midvaal Structures, Titan Labs and Loco Wear, thank you very much, and thank you again EFC, for everything.”

Groth’s opponent makes his professional debut at EFC AFRICA 11 after a long and decorated career in Muay Thai and K1 kickboxing. Don Madge, an international champion with roughly 50 fights and only 2 losses, Madge has all the confidence in the world in his stand-up abilities. However, the fight with Groth will be the world’s first opportunity to see just how much of a ground game Madge has picked up since he discovered MMA less than two years ago. He doesn’t seem too worried about how he’ll do on the ground though, his concern is focused on the damage he’ll do to Groth with MMA gloves, which are much less padded than traditional boxing gloves. “I’m feeling good about my first fight involving grappling,” said Madge. “I really wonder how my opponents will feel getting hit by me with 4oz gloves – I know how they feel when I use 10oz gloves, and even 18oz in sparring. I know Wade is a young, fit and game fighter. He won KO of the Night at EFC 09 so I can’t underestimate him. I’ve heard he is an all-round fighter, so I am expecting a well-rounded opponent. My training camp has gone perfectly, I’ve had an amazing team to train with and coaches Jadyson Costa (BJJ), Gregor Wiechmann (Muay Thai) and Mike Mouneimne (MMA). I’m going to win this fight because I have the spirit of a fighter and I have the best team making sure I come out on top. I was born to fight…and I hate losing.”

According to Madge, the biggest difference that he’s found comparing training camps for MMA and Muay Thai is duration. “I’m used to Thailand, where I’d fight 3 times in a month.” With such success in Muay Thai, the obvious question is why Madge would move to MMA. His answer is simple: “MMA is the future.” To become part of the future of the world’s fastest growing sport, Madge had to undergo his pro MMA licencing recently. The good news for him (and bad news for future opponents) is that he passed with flying colours. “It was very different from the K1 pro licence, which focused more on cardio. This one was a lot more technical. I enjoyed the experience and was glad to add another 3 hour training session with unknown sparring partners. It seems the entry level into pro MMA has been raised and I think it’s good for the sport.”

“I would like to thank all my coaches and teammates for all the help and sacrifice they put in as well as my mother who always has my back in anything I do. Also I have just signed a four fight sponsorship deal with Bad Boy MMA and I really want to thank them for believing in me. I can’t wait to train in the best fight gear on the market.”

One thing that Madge and Groth both agree on is that trying to predict their fight is pointless. They are holding their cards close to their chest, neither wanting to give too much away, clearly wary and respectful of each other. Of course the fans face no such constraints and EFC AFRICA would love to hear your thoughts on this hot prospect super-fight.