Groenewald vs Bertolis Confirmed for EFC 12 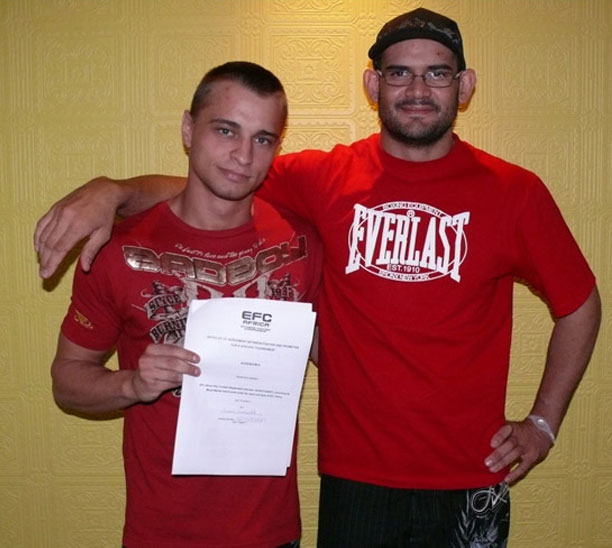 “People have been asking me for ages, ‘when are you and Dino Bertolis going to fight again?’ and now it’s finally going to happen,” said Francois Groenewald as he signed his fight contract at EFC AFRICA HQ on 5 December.

The rematch has been scheduled for EFC AFRICA 12, March 2012. Both have a lot riding on the fight: Groenewald wants revenge against Bertolis and needs redemption after losing his last fight, and Bertolis is under pressure for a successful pro debut. Groenewald and Bertolis’ first encounter as amateurs was a three round war of attrition that eventually saw Bertolis come out on top. With more experience and sharper skills, expect both to pull out all the stops when they collide in March.

“I’m really grateful to EFC AFRICA for giving me the chance to fight Dino again because I want revenge,” said Groenewald. “In our first fight we stood and hammered each other then went to the ground and neither could get an advantage. Unfortunately I gassed in the third round because I’d taken the fight on two weeks’ notice, and Dino got the TKO.”

“After my last fight, against Abdul at EFC 10, I completely changed my training schedule so that I don’t go into another fight over-trained and tired. I’ve also been working on my striking and aggression. When I fight Dino I don’t plan on another three rounds, I’m winning convincingly or losing entertainingly. I don’t have any sponsors to thank, it would be nice if that changed though… so for now just a big thanks to my coach Jurgen Putter and EFC once again for giving me the shot at Dino.” 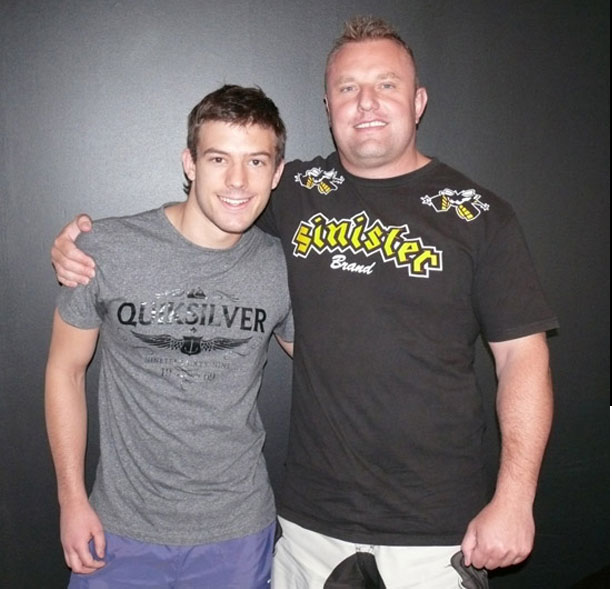 According to Bertolis, the featherweight division has become highly competitive with no room for error. His debut fight against Groenewald is vital to establishing himself in one of EFC AFRICA’s fastest growing divisions. “I’m looking forward to this fight because Francois is a great ground fighter and I’m sure he’s improved a lot since we fought a year and a half ago,” said Bertolis. “If we go to the ground it’ll be very technical and we might stay there for a while if Francois doesn’t gas again, but I’m going to try to keep this one standing, to work on Francois’ weaknesses. Usually I’d say the ground is where I’m strongest, but for this particular fight I’ll definitely have the striking advantage. Place your bets now, and make sure you bet on me. I’d like to thank my coach Walter Wendt for directing me to EFC and for guiding me through training!”

Both are going away over Christmas, Groenewald has 10 days in Mozambique while Bertolis has a week-long family holiday. Despite the festivities, both are adamant they’ll be doing more jogging than jolling so that when March arrives they’re ready for the fight of their lives.