The Rush Rages On 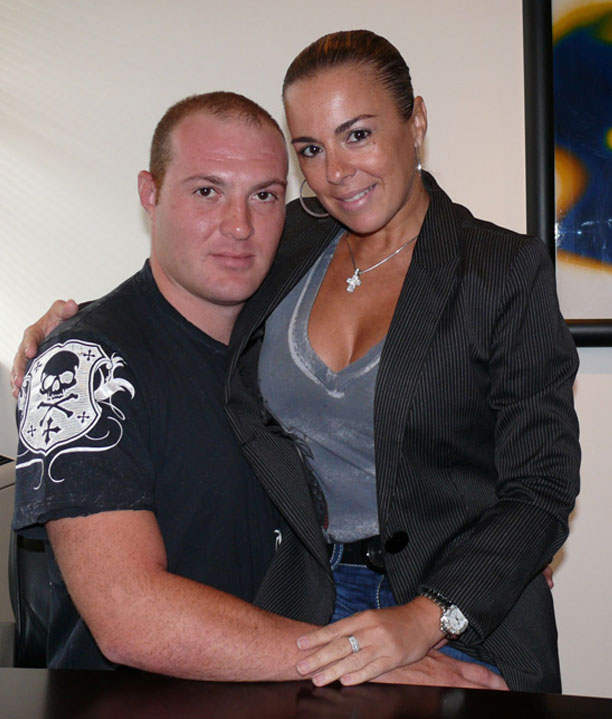 We’re glad to see that someone has finally been able to soothe the raging inferno that is middleweight striker Tyron Rightford. In fact, for a split second we could have sworn we saw Rightford crack a smile in the presence of his new girlfriend Ana. But is Rightford still the ticking time bomb we’ve all come to admire? “Absolutely,” he assures us, and promises that he’s as explosively destructive as usual as he prepares to face Donavin Hawkey at EFC 12 on 2 March.

“My training camp is going really well, especially with the extra jits and sparring I’ve been doing at World of Warriors. My preparation for the fight with Don isn’t too different from what I’ve done before, I’m just putting in a lot more time on my ground work. I’ve also been sparring with Wade Henderson, who’s fought Don, so he had some info to share on his experience in their fight. The way I see Don is like this: He’s a strong guy with good defence and he’s a brawler, so I need to make sure I’m not caught on the back foot. I know Don’s said he has the best striking at EFC, but I don’t believe that for a second. I rate Nolan, Dino and Martin’s striking way above Don’s. So to sum up, I’m expecting a good fight but I already know the end result, me knocking his ass out.”

In other news, Rightford will be opening his own gym in the South of Johannesburg at the end of March. “It’s going to be a full MMA gym that also offers karate. My goal is it to produce the next generation of elite combat athletes. Basically it’s going to be the FFM of the South, and we hope to give them some good competition soon!” For more information, find Tyron Rightford on facebook or twitter @TyronTheRush