Return of The King 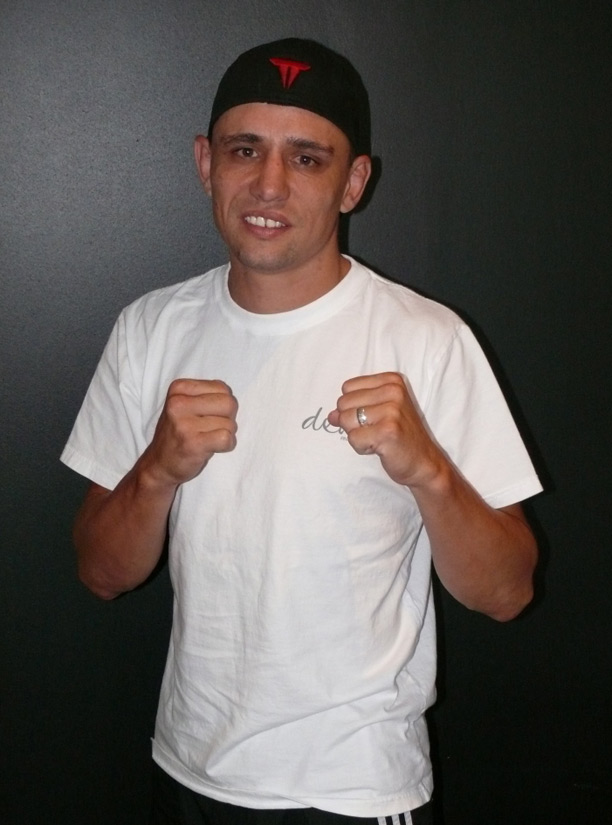 ‘King’ Leo Gloss stopped by the office recently to remind us that he’s missing the cage. Gloss’ last fight was for the EFC AFRICA featherweight title at EFC 10, where he fell short in a 5-round tussle with Demarte Pena. It’s taken him a while to return, but Gloss warns that he’s now ready to bounce back in a big way.

“So many people phoned or came to talk to me after the fight with Demarte, to see how I was doing and to offer support, and for that I’m really grateful. It was a frustrating fight, but I was frustrated with myself more than anything. During the fight I thought I did well, but it was only afterwards that I started to realise how the MMA scoring system actually works. I’ve been fighting in EFC since it started, but it took that fight to open my eyes to how takedowns can win a fight, so all credit to Demarte for his gameplan.” 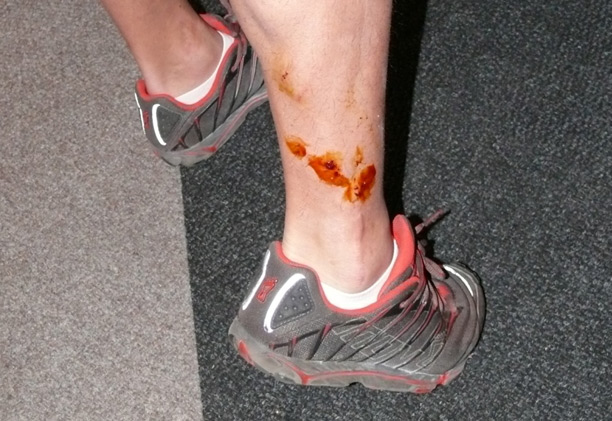 “However, now I’ve upped my game and now I’m sprawling all day every day! I’ve also got a workshop coming up with Morne Swanepoel from Combat Coaching, who invited me down to Durban to help my wrestling and ground skills. When I fought Wentzel and lost I came back stronger and no one could beat me, until Demarte. I know where I went wrong with Demarte, and overcoming those mistakes will make me stronger again. Like I always tell people, after a loss you must come back, because you will be better! Never quit and never doubt yourself! It’s like before Tyron’s fight with Jacques, I said to Tyron, ‘Are you sure you’re ready for this? Jacques is no monkey…” but he believed in himself and proved a lot of people wrong. I was wrong to doubt him and anyone that thinks I won’t be back better than ever is wrong to doubt me! Get ready because The King is coming back in April and I’ll fight anyone EFC puts in front of me!”

Abdul Hassan recently called out Gloss on twitter. That challenge almost passed Gloss by without him noticing, but he says it doesn’t matter because he’ll take on anyone.
“I’m not too good with the twitter thing but someone did tell me what Abdul said. I’m not really one for smack talk on facebook or skype or whatever it is, I’d rather let my hands do the talking in the cage, and not talk with my fingers on a phone. If that’s a fight EFC wants, I’ll take it. You know me, I just want to fight. When I heard Dino needed an opponent I even said I’d fight him, as a joke, and he said “No, sorry, I don’t fight toppies!” We had a good lag about it, and that’s the great thing about most of the fighters, we get along.”

Gloss is about to open his own fitness and conditioning centre, Fit For a King, and welcomes any athletes serious about conditioning to drop in.

“It’s not an exclusive MMA gym, but rather a boxing, MMA, fitness and conditioning centre in Bedfordview, Johannesburg. If anyone wants more info give me a call on 078 913 9844.”Just as he was leaving, ‘The King’ turned around and said, “Hey, check this out, I got bit by a dog.” Fresh blood was all around his calf, and he’d just sat through a half hour meeting without a single sign of discomfort. Apparently he’d been bitten while doing his roadwork, just before coming to the office.
“It doesn’t seem too serious so I thought let me come and see EFC first because finding out about my fights is more important. Now that I’m finished I’ll go get an injection.”
What a warrior!
Free WordPress Themes, Free Android Games
X