Dallas Jakobi is Down but not Out 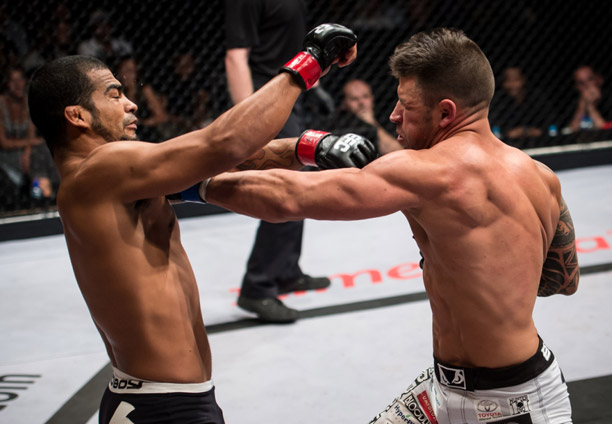 Johannesburg (South Africa) – 13 April was a night that former EFC AFRICA welterweight champion Dallas Jakobi will never forget. A vast strategic error saw him enter his first title defence at EFC AFRICA 13 largely unprepared for the devastating striking possessed by challenger Jadyson Costa. Although the bout reached round four, Jakobi was outclassed and eventually succumbed to a barrage of punches, prompting a TKO stoppage and Jakobi’s loss of the title. “I went in with the wrong tactic,” says Jakobi. “My team and I thought Jadyson was going to take the fight to the ground and that’s what we’d worked for. I was caught unawares, paid for it, and it looks like I have to go back to the drawing board. Jadyson beat me fairly but he wasn’t hitting hard, just repeatedly in the same place. His shots weren’t hard enough to knock me out but eventually my face couldn’t take anymore.” 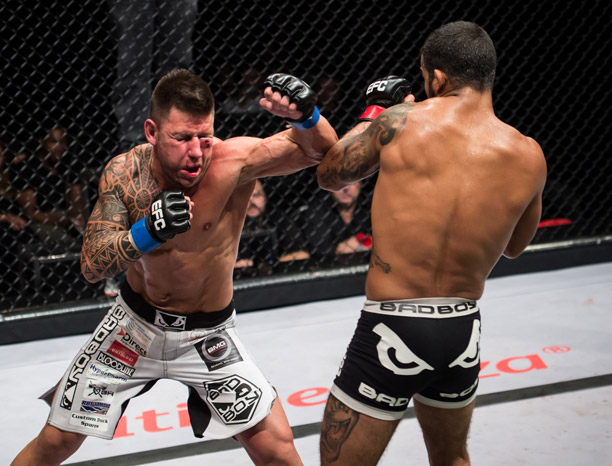 Jakobi left the hexagon battered, bruised and with a heavy heart, but says the loss won’t stop him and heaven help anyone in the way when he returns. “I’m all good now, but after the fight I had to go to N1 City Hospital for a CT scan and they kept me in until Sunday morning. I suffered a fracture of my right orbit and nose, and the surgeon wanted to do some more tests which I’m still waiting for. However, with the orbit fracture, he said my eye is still in the same place and my vision is fine, so it doesn’t look like I’ll need surgery there. When I was discharged I wasn’t allowed to fly, so I had to get picked up for the long drive back to Durban. I got back on Monday morning and everything seemed fine, but then on Tuesday morning I got up in the early hours and had a seizure and passed out. I was taken back to hospital for an MRI and EEG but they were happy with the results and said the seizure was probably a result of the concussion. The loss hasn’t changed my mind set at all and I can’t wait to get back to EFC. My mom, wife and sister are worried and making a fuss about my injuries but I just want to get back in and get my belt back. With the orbit fracture I’m off contact for 4 to 6 weeks at least so I have to take a break to heal, but I’m hoping to get back in as soon as possible, maybe September if all goes well. I will get my belt back.”

EFC AFRICA returns to Johannesburg’s Carnival City on 1 June for EFC AFRICA 14. Tickets on sale at Computicket www.computicket.com and tickets for the live broadcast to Nu Metro Cinemas available at www.numetro.co.za More information available at efcafrica.com