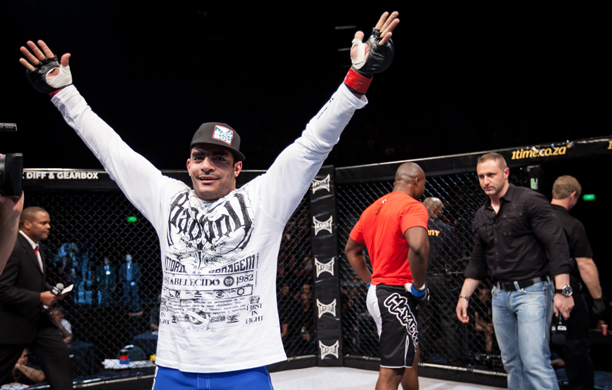 Johannesburg (South Africa) – Egyptian heavyweight Mahmoud ‘Hellboy’ Hassan made his EFC AFRICA debut at EFC AFRICA 13 with a jaw-dropping performance of punching power. Just 1:18 into round one, his opponent gave a verbal submission due to the brutal bombs that Hassan was dropping. Hassan returns to EFC AFRICA on 1 June, this time to take on Angola’s Bernardo Mikixi. 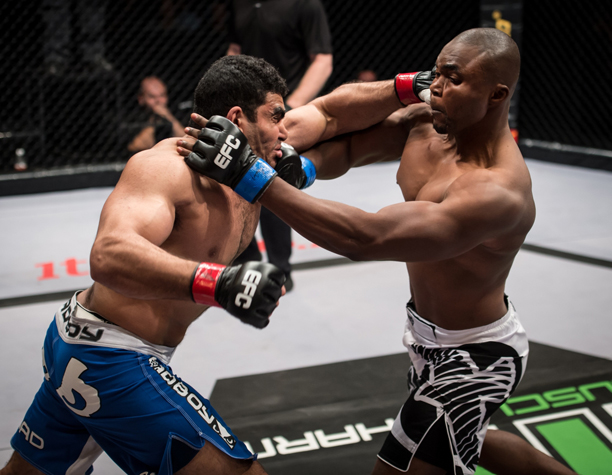 “I was not sure what to expect at my first EFC AFRICA but people who knew me knew I was going to make an explosion,” says Hassan. “EFC 13 was very good, full of the best fighters. I loved Cape Town, it was an amazing, beautiful place and it was special because it was where I won my first EFC AFRICA fight. I was very happy with my performance at EFC 13 and I think I surprised a lot of the fans. But no matter how well I do, I always say to myself ‘That was not good, Hassan!’ so that I can do better for the fans next time!”

“I am looking forward to EFC 14. I don’t mind so much if I win or lose, I just want to make the best fight for my fans in Egypt and all the EFC AFRICA fans. Mikixi might have more fans at EFC AFRICA so far but that is his only advantage. I am training hard to beat him and then beat the champion so I can be the first Egyptian champion at EFC AFRICA.”

Will Hassan land his heavy hands and take another first round win? Find out at EFC AFRICA 14 at the Carnival City Big Top Arena on 1 June. Tickets on sale at Computicket www.computicket.com and tickets for the live broadcast to Nu Metro Cinemas available at www.numetro.co.za More information available at efcafrica.com