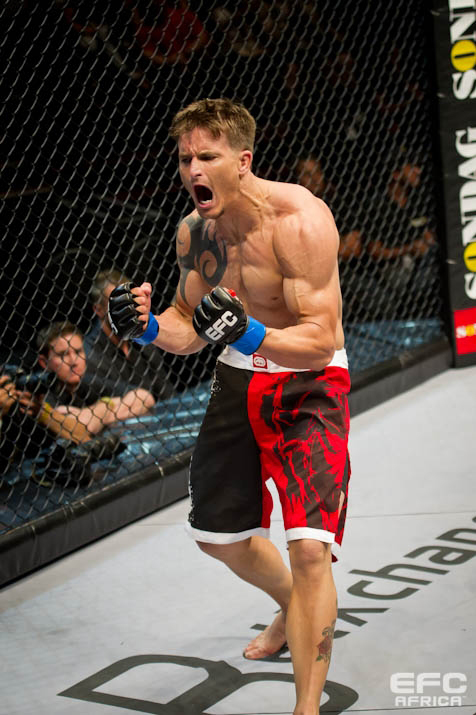 Although Hawkey is the challenger, he is extremely confident about his chances of victory and states that the odds are stacking up against Pena. Based on their professional records (7-2 vs 3-0), Hawkey already has three times the experience that Pena does. “They say that a champion is only truly tested once he has to defend his title, so this will show whether Demarte is a true champion,” says Hawkey. “We’re both young and we have our whole careers ahead of us but at this stage I think he has more to lose and I have everything to gain. In his last fight against Leo Gloss, Demarte wasn’t that impressive. He’s now moved to a different camp so maybe he’ll bring something new this time, but I still expect him to try to take me down. I don’t think he’ll be too aggressive, he doesn’t seem to be that kind of fighter so it’ll probably be me moving forward trying to take him out. I have experience on my side and I believe I’m one of the top fighters in the division. I didn’t get any hand-outs, I fought my way through the division and took every challenge EFC threw at me and came out on top every time. If Demarte wants to make me work for the title he can try, I’ll be ready for 5 rounds but I don’t mind ending the fight in 20 seconds either.” 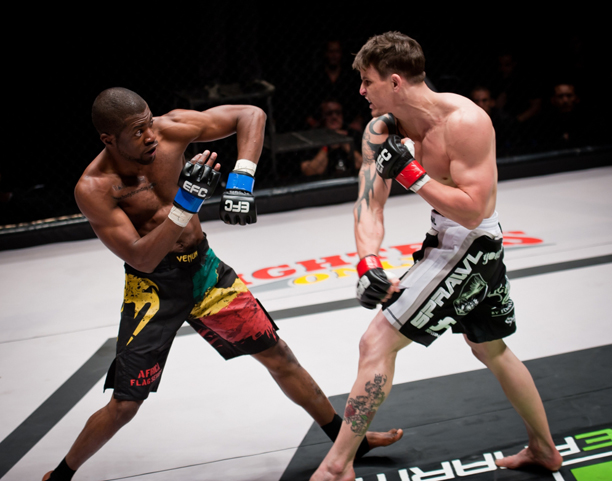 Hawkey is also adamant that he has a crucial advantage over Pena that will be the key to his victory: “I believe Demarte has a weak chin and I want to put it to the test.”

And when Hawkey steps into the EFC AFRICA hexagon on 1 June, he won’t just be fighting for himself, he’ll be fighting for the newest member of his family. “My daughter Michaela Hawkey was born just a few days ago, on Wednesday 18 April. I spent long hours at the hospital but it feels awesome to be a dad! Right now I wish I could give up work just to spend more time with her, but she’s also inspired me to push harder in all areas of my life so that I can give her a better life. Everything I do, I do with her in mind and it’s incredibly motivating.”

According to Hawkey, preparation for the title shot is going well and he will be in perfect shape for the biggest fight of his career. “Everything is great so far, there are no niggles, no injuries and I’ve been really pushing my fitness. This week we’re looking at game plan and tactics, and I’ve already started my weight cut. After weigh-in for my last fight I put all the weight back on really quickly and I was back up to 78kg (13kg from the 65kg featherweight cut off point) in ten days. But I don’t mind having to lose all the weight again, in fact I view it as part of my fight. I know I have to push hard to make the cut, but as my training camp progresses and I reach all the weight checkpoints that I need to, I get a sense of achievement from the minor victories and I get even more positive that I will take the win.”

Find out whether Hawkey becomes the new featherweight champion at EFC AFRICA 14 at the Carnival City Big Top Arena on 1 June. Tickets on sale at Computicket www.computicket.com and tickets for the live broadcast to Nu Metro Cinemas available at www.numetro.co.za– More information available at efcafrica.com