Can Calvert make a Comeback at EFC AFRICA 14? 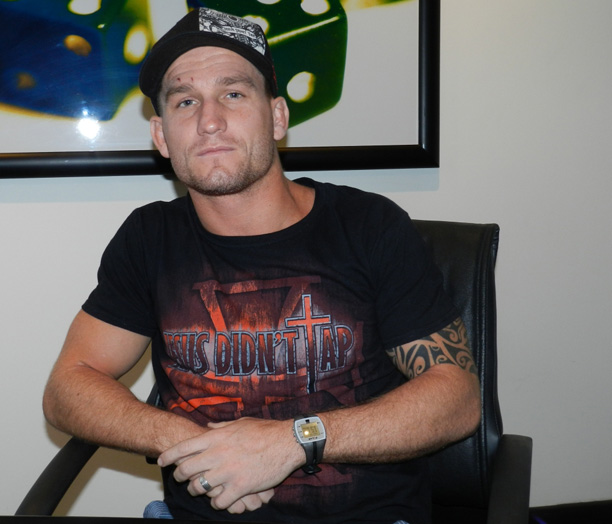 Johannesburg (South Africa) – EFC AFRICA 14 features the return of Ashley Calvert, who was last seen in action at EFC AFRICA 09 in June 2011. After a year spent refining his skills, Calvert hopes to reinvent himself as a force in the lightweight division.

Although Calvert is respected as a strong athlete, he has suffered only defeat in his three professional bouts so far. On his EFC AFRICA debut at EFC AFRICA 06, Calvert faced Donald Nzirawa and appeared dominant until Nzirawa secured a kimura submission three minutes into round two. Calvert then fought Francois Kabulu at EFC AFRICA 07 and was defeated by TKO in the second round. In his last bout, Calvert fought Wade Groth at EFC AFRICA 09 and gave a sturdy performance but was knocked out with a body shot 39 seconds into the third round. Calvert is now hungry to redeem himself and prove that he deserves a place in Africa’s premier MMA promotion. He has been training hard at one of South Africa’s rising MMA gyms, Tapout Academy, in Johannesburg. At EFC AFRICA 14 he faces Alex Cheboub, a versatile grappler and taekwando striker who is ranked in the top 5 of the lightweight division.

“Alex is a great technical ground fighter and a very unpredictable stand-up fighter so I think it’s going to be a good match-up, especially on the ground,” says Calvert. “I see us as being very close in terms of skill and I don’t think either of us has much of an advantage in any area, but I’m confident of victory because it’s time to reap the rewards of my training. I’ve put a lot of hard work into this and I deserve to win.”

Find out if Calvert has what it takes for a triumphant return at EFC AFRICA 14 at the Carnival City Big Top Arena on 1 June. Tickets on sale at Computicket www.computicket.com and tickets for the live broadcast to Nu Metro Cinemas available at www.numetro.co.za More information available at efcafrica.com