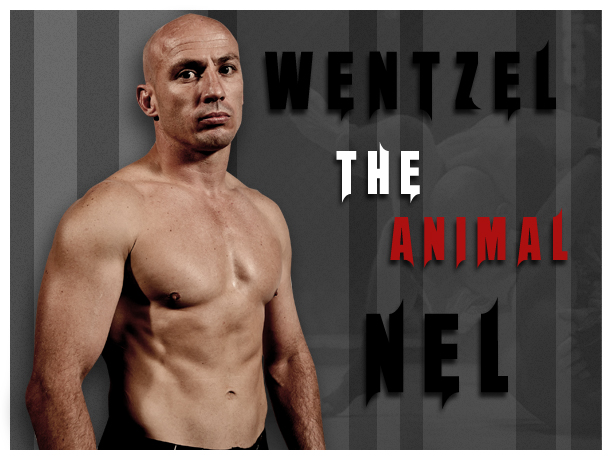 Johannesburg (South Africa) – Wentzel Nel, the first MMA athlete to ever win an EFC AFRICA title belt, has not had an easy road since losing the lightweight title to Costa Ioannou at EFC AFRICA 08. For a while he considered dropping to featherweight but decided the competition was too thin and that he’d stay at lightweight and work his way to another title shot against Ioannou, no matter how hard it might be.

At EFC AFRICA 09, Nel defeated Manny da Silva via TKO in round one and took the first step towards redemption. At EFC AFRICA 11, he defeated Terrence Griessel on points, making him the lightweight division’s most qualified title challenger. Unfortunately for Nel, just as he was thinking that he’d earned a title shot, former welterweight champion Adam Speechly dropped to lightweight and threw his plans into disarray.

“I was told that it didn’t make sense for me to fight Costa again and that Adam was going to get the title shot. I then wanted to fight the winner of Leon Mynhardt vs Don Madge, but when that didn’t work out it seemed my future at lightweight was going to be pretty bleak. So I decided once and for all to move to featherweight, where I wanted to be in the first place. As a lightweight, I had to eat like a pig to maintain my weight. If it was edible, I ate it and went back for more. Moving to featherweight is the first time in a very long while I’ve had to be disciplined about my diet. Even so, featherweight is a far more comfortable division for me.”

Nel is ranked as the country’s second best lightweight, but doesn’t feel he deserves any special treatment when he enters featherweight at EFC AFRICA 14 against Denzil Wait.
“I don’t want the same treatment as the guys who have dropped a weight class and had an instant title shot. I don’t want hand-outs because I’m willing to work to get where I want to be. As for fighting Denzil, unfortunately I don’t know much about him. There’s no fight footage of him on the internet and his EFC fights have been too short for me to learn anything. He’s definitely got more material on me than I have on him. All I’ve been able to do is sharpen everything; my boxing is more crisp, my kicks are better, my jits has improved and I’ve been working extra hard on my wrestling. Denzil is an all-rounder and this is a big fight for the division so I’m going Animal style, balls to the wall in everything.”

Nel has a lot of respect for his new division and can’t wait to see what it has to offer.
“Although featherweight was one of the weaker divisions in the beginning, it’s now one of the strongest. Demarte Pena, the current champ, is an excellent fighter who has improved in leaps and bounds since joining Fight Fit Militia. Wesley Hawkey is also a tough competitor, and don’t forget Gareth Buirski, Koba Iakobidze and Terrence Griessel. There’s no shortage of real talent at featherweight.”

Speaking of Terrence Griessel, the fighter that Nel has already beaten twice, Nel isn’t too happy with what he’s been saying lately.
“Somehow he seems to believe he was dominating our last fight and I got lucky with the judges’ decision. I guess the judges that scored it a unanimous decision for me all got it wrong, huh? Does he think the three leg kicks that he landed did more damage than my punches that left his face looking like someone else’s? Or that his one sweep and failed submission attempts counted more than my control on the ground? How many times do you have to beat someone before they stop thinking of it as luck? Now that we’re both at featherweight we might run into each other again but I don’t think it makes much sense unless I become champion and he works his way up to challenge me.”

In summary, Wentzel Nel has a lot of frustration to release and will be bringing a world of hurt to EFC AFRICA 14 at the Carnival City Big Top Arena on 1 June. Tickets on sale at Computicket www.computicket.com and tickets for the live broadcast to Nu Metro Cinemas available at www.numetro.co.za More information available at efcafrica.com