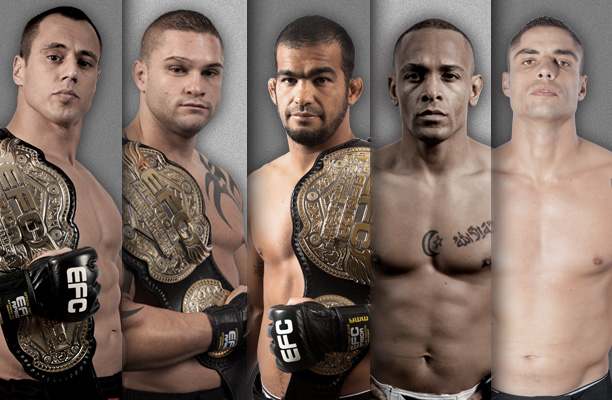 Johannesburg (South Africa) – EFC AFRICA 14 is almost here and opinion is sharply divided on whether champions Costa Ioannou and Demarte Pena will retain their titles when they face challengers Adam Speechly and Wesley Hawkey. A number of EFC AFRICA athletes were eager to give their professional opinions on the evening’s three main card bouts. To find out how these epic encounters really end, don’t miss EFC AFRICA 14, presented by MusclePharm, on 1 June at the Carnival City Big Top Arena.

Below are some of the thoughts and predictions for the main event fights IOANNOU vs. SPEECHLY, PENA vs. HAWKEY and MIKIXI vs. HASSAN 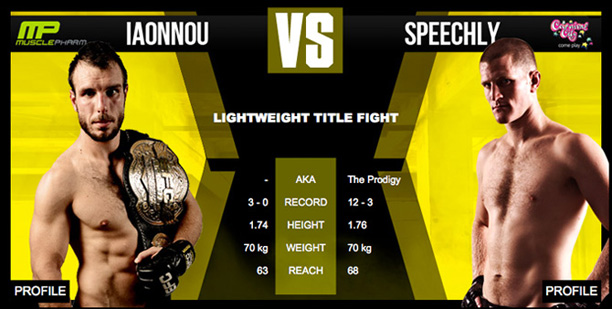 “This a phenomenal match-up! Costa is a great champ who will be in superb condition. He captured the title, has already defended it once and has a huge fan following. I believe he will be used to the pressure that comes with his title. Adam is a former champ coming off a loss in his last fight which resulted in the loss of his title. He is now fighting at lightweight and facing a very dangerous champion. I believe all the pressure is on the challenger who will be trying to redeem himself. I believe Adam has the advantage on the ground and his game plan will be to neutralise and submit Costa. However, I don’t believe Costa will allow this to happen and his well-rounded fight game and fitness will allow him to edge the win via a points decision after 5 rounds.”

“Another great match-up fuelled by a war of words, or should I say Tweets. Demarte is a young champ whose featherweight division has become stacked since he won the title with a deep list of deadly challengers. Wesley comes with a lot more experience than the champ and after his last fight showed he is a well-rounded fighter with the ability to finish a fight. Demarte now trains with FFM so you know he will be a different fighter and I believe he will be the physically stronger of the two. It is tough to predict this fight as Demarte will bring a different FFM dimension and it would not surprise me if he defends his title. I do however believe Wesley has the more established game at present and will edge a points victory.”

“Could the winner of this fight be my next challenger? Only EFC AFRICA would know that but I will certainly give this my full attention. We know very little about Hassan apart from his boxing background and a 3 – 0 MMA record. His fight against Misholas showed us very little beside the obvious; he is a big heavyweight who enjoys to bang and has good hands with knock out power. Mikixi looks like he is back to his old form with raw aggression and power. He also has power in both hands, a good jaw and enjoys slamming his opponents to the canvas. I personally would like this to go a few rounds so that we can see a bit more of Hassan’s game… but let’s be honest we all know this won’t go past round 1! It will be a heavyweight slugfest which I predict Mikixi will win via TKO by hammer fists.”

“I just don’t know! I like them both and they’re both great fighters. I think Costa is stronger than Adam, but I think if anyone is going to be able to beat Costa, it’s Adam. Costa is a great all-rounder but Adam is relentless on the ground and could land a submission at any time. I know this is going to be a great fight! If Adam wins it will be by guillotine, if Costa wins it will be by TKO due to strikes. The weight cut might affect Adam badly or it might make him a better fighter. If I have to choose, I say Costa by TKO, round 4.”

“This is also going to be good. Wesley should be dominant because he’s a lot bigger and stronger. He’s powerful, good on the ground and is a much better boxer. Demarte is a great fighter but I think he’s a bit small to beat Wesley. I give this one to Wes by TKO in round 2.”

“Unfortunately I haven’t seen Mahmoud fight before. I hope Bernardo wins and I’m quite sure he will because he’s a big hitter. I see him letting his hands go and winning by KO in round 1.” 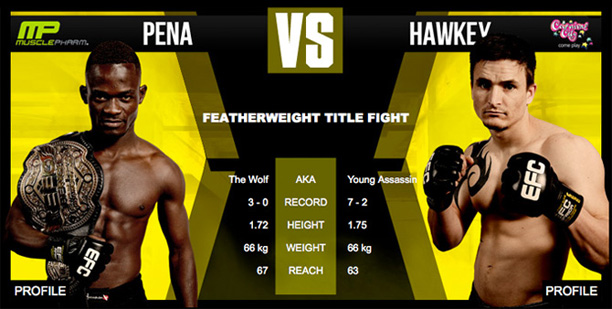 “Both guys have good jiu-jitsu but Costa will be stronger because Adam will be cutting to lightweight for the first time. Costa has confidence coming off a win and Adam won’t be as confident after losing his last fight to Dallas Jakobi. My guess is that Costa will win in the 1st round by TKO.”

“This will be a tough fight for Demarte because Wesley is definitely the best all-round fighter he has faced in his career so far. I think that Demarte has a big heart and a good camp so I think that he will be able to overcome Wesley’s onslaught and win on points at the end of five rounds.”

“This one is not going to the judges! It will be a crazy exchange of strikes in the beginning with the fight going to the floor. Bernardo has a better ground game and with the power he has in his ground ‘n pound he will win by knockout in round one.”

“Now this is a tough one to call! Both fighters have such amazing jits so it’s going to be a great battle if they go to the ground. If I’m not mistaken this will be Adam’s first fight at lightweight and it’s quite a big cut for him to make. Due to the cut, he might feel the pressure in the later rounds so I’m going to give this one to Costa, by submission, round 4.”

“My heart says Pena because I’d really like to fight him, mainly because of what I’ve been hearing about his improved jiu-jitsu. Wesley is a much more aggressive fighter so he’s going to take the fight straight to Demarte, but if Demarte has tightened up his game then I think he’ll take this on points. Then again, the Joburg air might take it out of Wesley sooner, but I think it will probably go the distance.”

“Oh man, I really like Hassan, he and I spent a lot of time talking when we were on the EFC 13 card. On the other hand, I can’t help being a fan of Bernardo too! He’s always so pissed off, he’s awesome! This prediction is putting me in a tough situation! Ok, I don’t see it going past round 1. They are going to slug it out and someone’s going to sleep. Final answer is ‘Hellboy’ Hassan all the way, to win by KO in the 1st round.” 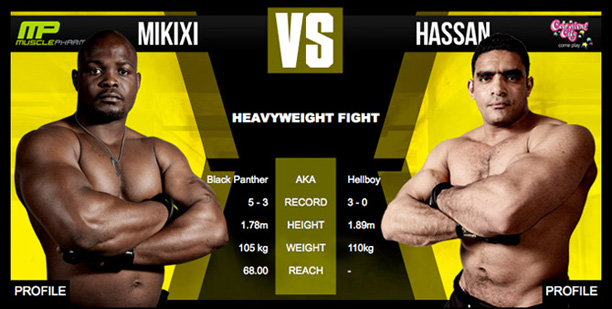 “Adam and costa are both technically sound and hard workers. Adam comes from a really good wrestling and jits background and has improved his stand-up considerably while training at the Smiths gym. He is technically strong and a very consistent fighter. Costa comes from a background I’m familiar with and will be strong, as he has shown before, in both his stand-up and ground game. I believe Costa will have the upper hand standing up due to his superior knee and elbow strikes. On the ground they will present a very closely fought technical showcase! For me whoever makes the first or more mistakes on the ground will be submitted. Tough one to call! Costa takes it in the 3rd round by rear naked choke or armbar submission. But this fight could change in an instant on the ground and anyone could win.”

“Pena is a good young fighter and is the champ. In saying that I don’t believe Pena is strong enough or fast enough for Wesley on the ground and we have not seen Pena do much on his feet yet so I can only go on what I have seen, and Wes has impressive hands. I have equal respect for both fighters but I expect a quick victory; Hawkey by 1st round KO.”

“Both are big and strong and I expect a war with this one! I don’t know much about Hassan except that he did well to beat Ricky Misholas at EFC 13, but I believe Ricky had an off night. Mikixi is more experienced now and has good aggression, and I think he will be too strong for Hassan. Mikixi by 1st round TKO stoppage due to ground ‘n pound.”