Swanepoel’s skill and experience on show at EFC 15 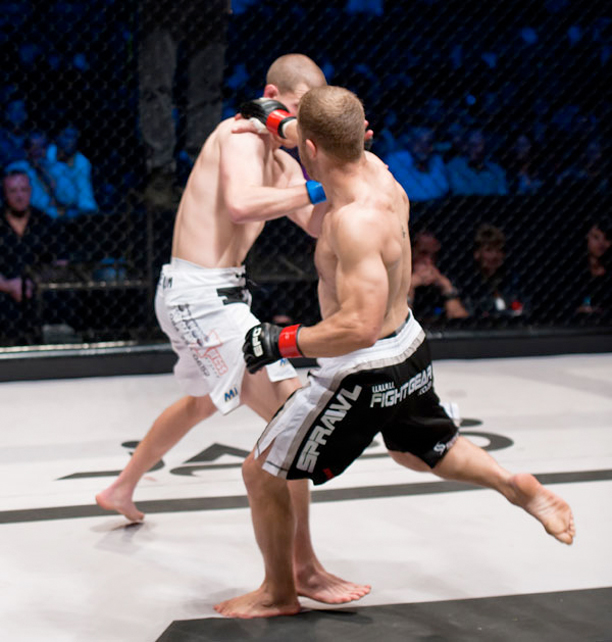 Johannesburg (South Africa) – Experienced welterweight Nolan Swanepoel will take on rising newcomer David Buirski at EFC AFRICA 15. Swanepoel has had mixed fortune at EFC AFRICA but has fought top competition and emerged with more wins than losses as well as a loyal fan base. Initially, he was scheduled to face Neil Diesel at EFC AFRICA 15. The bout was discussed and agreed to, but when it came time to sign contracts Diesel did not get back to EFC AFRICA for two weeks. To ensure that Swanepoel would still face top competition, up-and-coming Muay Thai striker David Buirski was offered the bout and jumped at the chance.

According to Swanepoel, the bout with Buirski will be a case of enthusiasm and stamina against experience and skill.
“David is a newcomer to EFC AFRICA but I’ve watched him as an amateur and as a pro outside of EFC. I’d say I have a fairly clear skill advantage and more pro experience, but David is a cardio machine. Unlike me, he holds back in his fights to maintain a high cardio level throughout the bout. David is good, but I feel that my technical ability and experience will show on the night and lead me to the win.”

In Swanepoel’s last bout, at EFC AFRICA 11 in November 2011, he took on Martin van Staden and suffered a TKO loss in round 2. “The loss didn’t affect me too much. As with all my losses, I don’t feel bad about losing and there were positives to take away from the fight. I felt that I was dominating Martin until I gassed in the second round. There was nothing wrong with my preparation or eating, I just gave all I had in round one. When I stood up for the second round I felt dehydrated and tired, so that taught me a lesson in composure and pacing that I’ll be bringing to EFC 15. In the past, I always put in 120 percent from the start, but now I realise that 100 percent is good enough.”

To prepare for his return to the EFC AFRICA hexagon, Swanepoel has put coaching on hold in order to focus on his own combat skills, and shuffled his business responsibilities to allow enough time for MMA.
“Life’s been pretty hectic over the last few months. I started my own business which deals with construction, site clearing, levelling, landscaping and more, so that’s kept me busy. When I signed to fight at EFC 15 my business partners took over most of my duties so that I could focus on my preparation. I’ve also joined Gorilla Warfare to train with great guys like middleweight champ Jeremy Smith, Andrew van Zyl and Denzil Wait, so I know I’ll be at my best.”