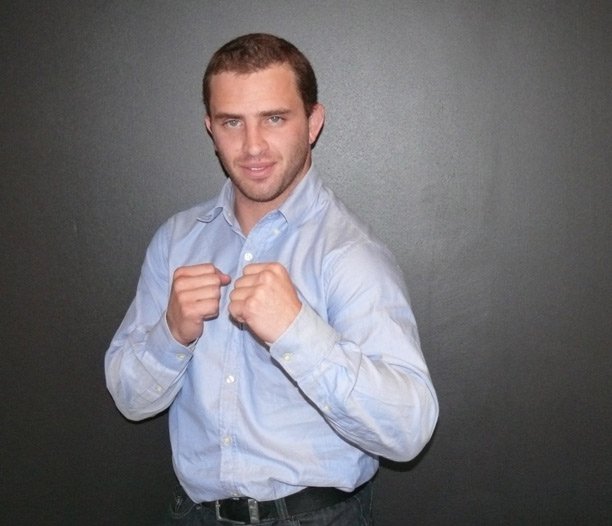 Johannesburg (South Africa) – Two of Africa’s top lightweight fighters are on a collision course for 27 July. At EFC AFRICA 15, Alex ‘The Professor’ Cheboub and Leon ‘Iron Lion’ Mynhardt will meet in the hexagon for an eagerly anticipated clash of styles: Cheboub, the crafty grappler versus Mynhardt, the tough as nails kickboxer.

According to Cheboub, this is a massive fight for EFC AFRICA’s lightweight division.
“This is a big fight because both Leon and I are in the top five. We’re both coming off wins so I’m almost sure the winner of this fight will be looking at title contention.”

Cheboub has been watching Mynhardt fight for years and has a lot of respect for him, but also has enough data to formulate a shrewd battle plan.
“I used to watch Leon fight at kickboxing events back in the day and he was always one step ahead of the competition. He’s tough as hell, he’s got great kicks and his hands have come a long way too. In his early MMA fights he didn’t have any ground skills and got taken out, but he just kept fighting to gain experience and I remember a great fight where he beat Martin van Staden at middleweight, before joining EFC AFRICA. These days I see Leon as having good clinch skills and enough ground defence to get back to the feet, where he does the most damage. I think he’s lost some confidence in his kicks though. In terms of kicking technique I’d say we’re about equal, but Leon does have the overall striking advantage due to his strong hands. We both have strong chins so striking should be interesting. I’m not saying Leon can’t knock me down but I’ve never been knocked out.”

Although Cheboub is credited as a masterful submission specialist and Mynhardt is often described as one of EFC AFRICA’s top strikers, Mynhardt actually beat Cheboub in a grappling competition in March this year.
“I competed against Leon in the Quantum Tribe Cup and lost when Leon caught me with a kimura. That was a terrible day for me because my car had just been involved in another collision and exhaust fumes were leaking into the interior. I thought I could handle it but got caught in an hour and a half traffic jam, breathing exhaust fumes the whole time. I shouldn’t have entered that competition. I don’t want to take anything away from Leon but I wasn’t performing to my potential that day.”

For his last bout, at EFC AFRICA 14 against Ashley Calvert, Cheboub missed weight by around 4kg. The memory haunts him and he promises to make the cut professionally for EFC AFRICA 15. “I’d like to apologise again for not making weight. I tried to lose too much in too little time and was not able to do it. I tried to cut from 85 to 70kg, this time I’ll only be doing half that, plus a lot more running so I’ll be in great shape for EFC AFRICA 15.”