‘Magic Man’ Madge Out With An Infection 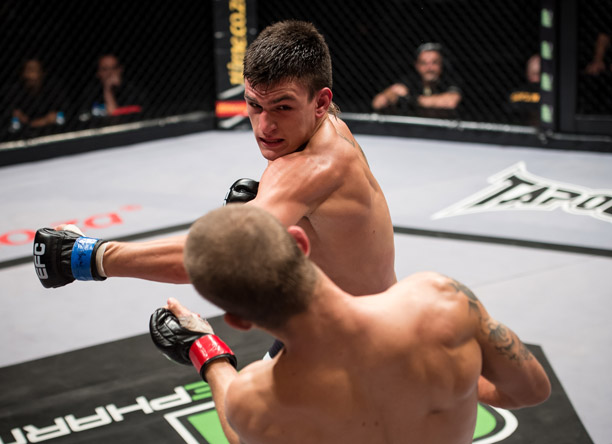 Johannesburg (South Africa) – Don ‘Magic Man’ Madge recently attended a training camp in Thailand in preparation for EFC AFRICA 16. However, he picked up an infection on his trip and will only be fighting fit later in the year. He now hopes to compete at EFC AFRICA 17 in November.

“Thailand was great, I really enjoyed training with UFC and One FC fighters,” said Madge. “I was especially glad to be back after two years away, because Thailand always feels like my home away from home. Unfortunately I picked up an infection while training and left it untreated until I got home, which made it significantly worse. When I did get a doctor to take a look at it, he told me I’d been playing with fire by leaving it so long, and that it had almost affected the muscle tissue on my leg. I’ve been booked off training for two to four weeks and I’m on a double dose of anti-biotics, so my EFC AFRICA 16 dreams have been killed. Now I’m looking ahead and really want to get onto the EFC AFRICA 17 card. The only guy I specifically want to fight is Leon Mynhardt, I really want another shot at him, but I’ll be ready for whoever EFC AFRICA throws at me!”