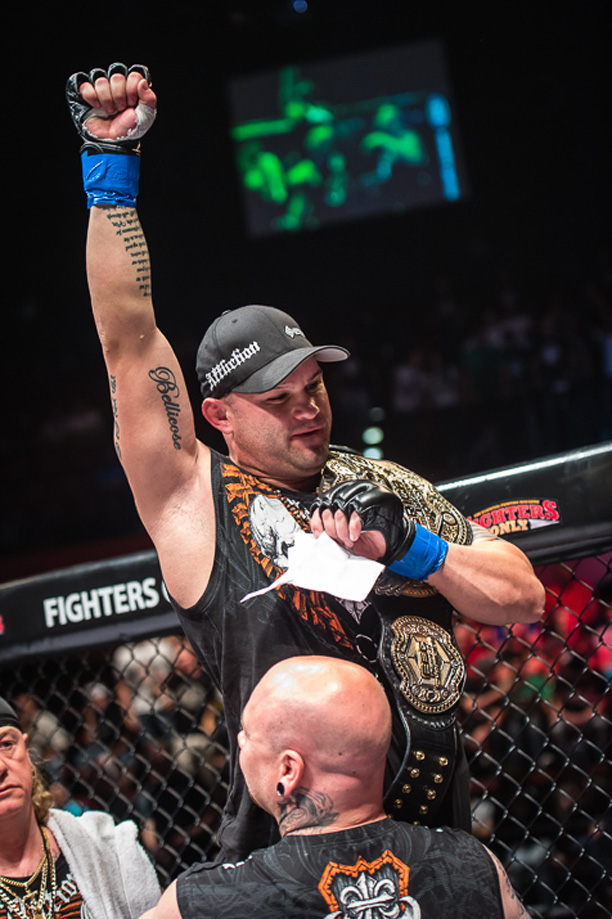 Johannesburg (South Africa) – EFC AFRICA 17, the biggest MMA event of the year, was spectacular and the star studded fight card lived up to the hype. Millions of fans watched live across the globe on e.tv and Fight NOW! TV, as Jeremy Smith and Costa Ioannou continued their winning streaks.

With superior wrestling and after throwing up submission after submission, Ioannou worked in a rear naked choke that was too much for the challenger, forcing him to tap with just seconds remaining in the first round. Mynhardt displayed a gutsy performance holding on and bearing through countless chokes, but the champion proved too clinical and racked up another win on his unblemished record.

Jeremy Smith and Darren Daniel, the evening’s main event, was a display of world class middleweight action. It looked as if it was all coming together for Daniel as he was landing numerous strikes, and had the champion on his back foot. Smith capitalised as Daniel threw another knee and slipped, raining down punches to the face of the floored challenger, and forcing the referee to step in and declare another TKO victory for champion.

Fight of the Night went to welterweights Dino Bagattin and Dallas Jakobi, a highly entertaining bout filled with hard-hitting action. Filled with back and forth exchanges with Jakobi constantly moving forward, but it was Bagattin’s improved form that carried him through to defeat the former welterweight champion by way of TKO in the 3rd round. It was a brilliant display of skills from both athletes, especially considering that Jakobi accepted the fight on short notice after Bagattin’s original opponent, Neil Diesel, withdrew due to injury just two weeks ago.

Boyd Allen was awarded Submission of the Night when he defeated newcomer Amos Hlatshwayo in the first round with a slick armbar.

EFC AFRICA returns to Carnival City on 1 March 2013 for EFC AFRICA 18. Tickets on sale at Computicket www.computicket.com and tickets for the live broadcast to Nu Metro Cinemas available soon at www.numetro.com