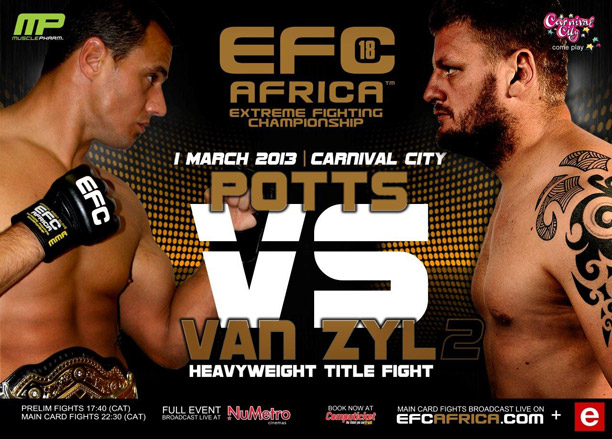 Johannesburg (South Africa) – The most dangerous man on the continent, heavyweight champion Ruan Potts, is back in the main event for EFC AFRICA 18 in a highly anticipated rematch, when he takes on “unbreakable” Andrew van Zyl who is looking to take his belt and become the first man ever to defeat the champion.

EFC AFRICA 18, presented by MusclePharm, takes place at Carnival City on 1 March 2013. Tickets go on sale at midday on Wednesday 14 November at Computicket www.computicket.com and tickets for the live broadcast to Nu Metro Cinemas available soon at www.numetro.com.