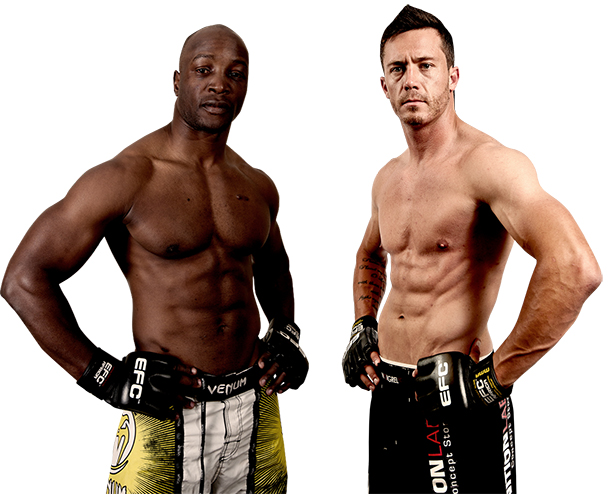 Johannesburg (South Africa) – The final welterweight bout confirmed for EFC AFRICA 18 is a make or break bout between two athletes who have a lot to prove.

Kelvin ‘Mr Humble’ Mwale (1-3) has had a tough run at EFC AFRICA. Losing his debut bout against David Buirski and pulling out due to injury in his next bout against Hector Britts, Mwale desperately needs a win.

For the first time in ten events Juan ‘Legacy’ Lubbe (4-4) returns to the hexagon. Suffering a big knockout loss to Dino Bagattin in his last fight, Lubbe’s winning streak was put to a sudden halt.

“I look forward to seeing both these athletes giving it their all to prove to the fans why they belong in the continents premier MMA promotion,” said EFC AFRICA matchmaker Graeme Cartmell.

Will Lubbe be able to tame the Zambians power? Can Mwale nullify Lubbe’s strikes and be the first Zambian to take a win in the hexagon?