‘The Omen’ Returns To African Soil 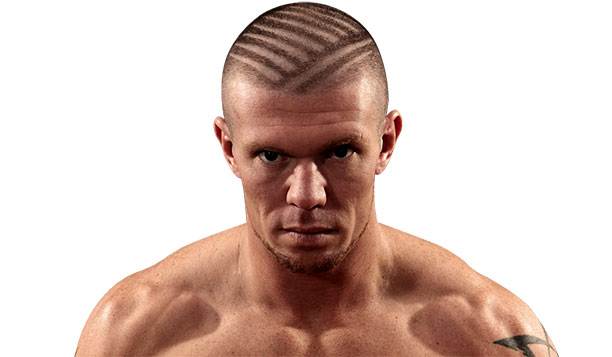 Johannesburg (South Africa) – Fraser ‘The Omen’ Opie is relishing his chance to enter the EFC AFRICA hexagon against Jason Culverwell on 1 March. Born and raised in Johannesburg Opie has been fighting from a base in the U.K. since 2006. With a professional MMA record of 10-5, light heavyweight titles in both the U.K. and the States, and having fought in countries as diverse as Finland and Slovakia, Opie is confident he’s more than ready to take whatever Culverwell has to dish out – and to provide some firepower of his own.

“It’s an honour to be fighting back home. To fight in front of my friends and family will be brilliant,” says Opie. “The production value of EFC AFRICA, the size of the events, crowd and television viewing are bigger than any events I’ve seen in Europe, hands down.”

Known for his explosive aggression Opie is currently on a three fight winning streak, his most recent scalp being the illustrious one of Ivan Salaverry, UFC veteran, whom Opie defeated for the light heavyweight belt at Cage Contender 14 in Dublin.

“I did my training camp for that fight at Xtreme Couture,” he says, “under head coach Dennis ‘The Piranha’ Davies. It was absolutely brilliant being there. World-class guys and world class coaches, and the facilities are on another level.”

Opie feels that while EFC AFRICA has some of the highest production value on the globe, their depth of talent in the light heavyweight division is definitely less than that of Europe and the leagues he’s used to. That said there are a few local athletes that stand out.

“Jason looks tough,” says Opie. “I haven‘t seen much footage but from what I have he looks game, likes to throw his hands. I also watched the Wessels vs. Joubert title fight. They’re two tough bastards and I’ll be happy to fight either of them. Whoever’s wearing the bling, really.”

Opie has begun preparations for his fight at Immortal MMA in the U.K. and plans to arrive on the Highveld a month before the event. He’s looking forward to getting back to some sun, boerewors and biltong, and to putting on one hell of a scrap. With only three of all of his 27 fights, at any discipline, going the full distance, fight fans can expect an almighty rumble.

“I’m not a trash talker,” he says. “All I can say is I hope Jason’s training hard. It’s going to be an explosive, aggressive fight. Don’t blink!”