Opie Out, Van Heerden Steps Up To Face ‘JMC’ 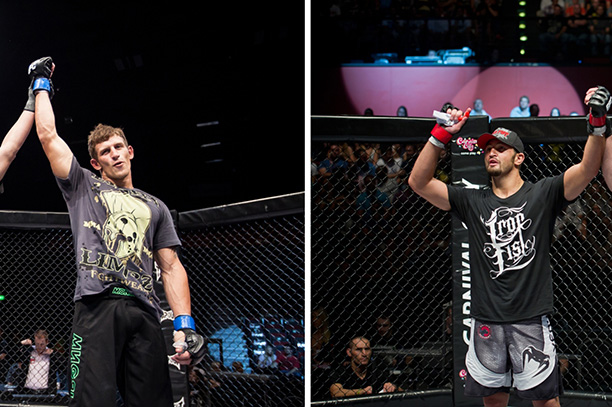 Johannesburg (South Africa) – Danie ‘The Pitbull’ van Heerden has stepped up to take the place of injured Fraser ‘The Omen’ Opie on 1 March at EFC AFRICA 18. Van Heerden has been in training and has said he is “more than ready” for the fight against Jason ‘JMC’ Culverwell in under a month’s time.

Opie sustained a back injury in training for his debut EFC AFRICA bout, and is devastated that he has had to pull off the card. “I am absolutely gutted about this, I was so looking forward to my return to Johannesburg and putting on a killer show for EFC AFRICA and the fans, but unfortunately this injury has gotten in the way,” said Opie. Rest and therapy has not healed the damage to the lower back of the U.K. MMA champion, forcing him to bow out of the bout. “My apologies to Jason, I know what it’s like having your opponent not fight but unfortunately it’s the nature of the game we are in. I can guarantee all the fans I’ll be back really soon, stronger than ever, to come fetch that belt!”

Van Heerden has been tinkering between light heavyweight and middleweight, and looks at this fight as the quickest way to a title shot.