In the sports most vicious division, see what it takes for a challenger to return. 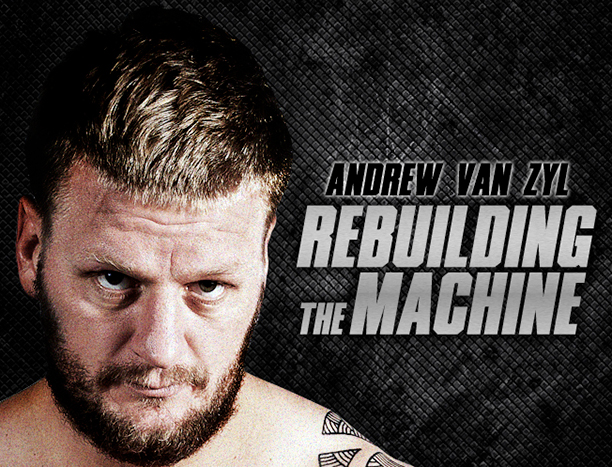 Johannesburg (South Africa) – 9 wins and 1 loss, Andrew van Zyl is looking for redemption against the only man to ever defeat him in the hexagon, heavyweight champion Ruan Potts.

Bobby Karagiannidis, van Zyl’s head coach talks about the steps it has taken to rebuild Andrew into the undeniable contender. “Now nobody is at Andrews fitness level” says Karagiannidis “He’ll make an awesome champ”. He adds, “It doesn’t matter what size you are, Ruan is 120kg, but if he gets hit on the chin, he will go down”

Watch behind the scenes training footage of Andrew Van Zyl and hear what his head coach has to say: