Hawkey VS Ilunga At EFC AFRICA 19

Will these strikers keep it standing? 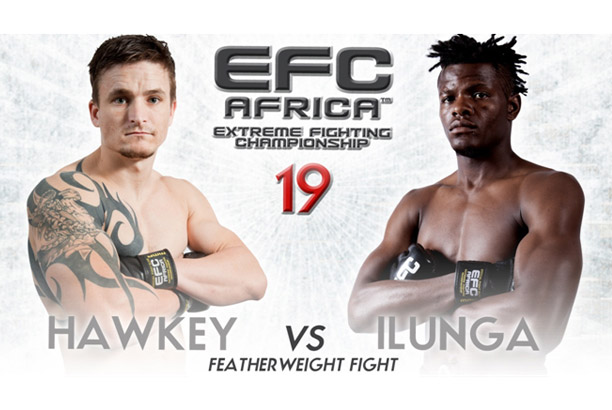 Johannesburg (South Africa) – It’s been confirmed today that Wesley ‘The Young Assassin’ Hawkey will face Congolese fighter Alain ‘Commander’ Ilunga in a featherweight matchup at EFC AFRICA 19. Both are fearsome strikers, both are ripping up the ranks in search of a title challenge, and both need to face each other to take the next step upward on the championship ladder.

Each last fought at EFC AFRICA 17 where both recorded comprehensive wins. Ilunga destroyed Ashley Calvert with a kick to the kidney that crumpled his opponent, immediately bringing a first round verbal submission, while Hawkey stood toe-to-toe with legendary boxer Leo Gloss, delivering a consummate MMA lesson in both stand-up and groundwork that earned him a unanimous decision victory. On each fighter’s previous outing, however, both tasted defeat: Ilunga to Boyd Allen and Hawkey to reigning featherweight champion Demarte Pena. 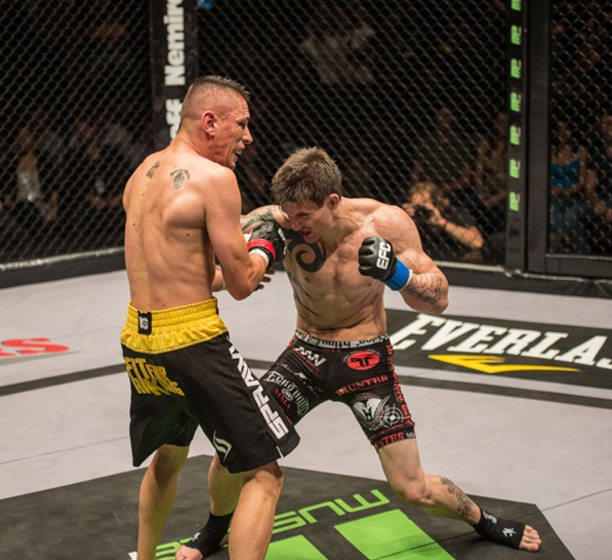 “My preparation for Demarte was solid,” says Hawkey, “I dominated that fight and I feel he got lucky so I’m definitely working to get back in title contention.” “Alain is a skilled fighter,” he adds. “We’re taking it slow and planning very carefully, leaving nothing to chance.”

“Alain was fighting with a broken shoulder,” says coach Anthony Kettle of his charge’s loss to Allen. “Not to take anything away from Boyd, who is fearsome and won the fight fair and square, what I’m saying is Alain is just going to be getting better and better now that he’s healthy. His victory over Ashley [Calvert] is definitely just the beginning.” 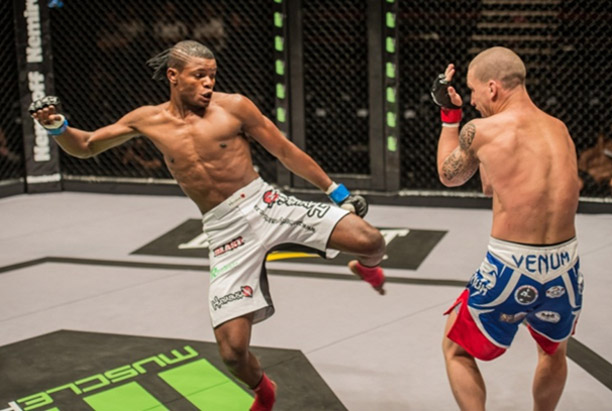 With both fighters having such huge striking reputations it seems common sense that each would be looking for a win on the ground. Hawkey refuses to be drawn on the subject, instead re-iterating that he will be planning very carefully.

“Alain’s grappling is progressing amazingly,” says Kettle. “We’re working continuously on his wrestling and he’s won a few grappling competitions down here in the Cape. We know Wesley’s an excellent boxer, we’ll definitely be looking to challenge him on the ground.”

For both the fight is crucial. Should Hawkey win his almost inherent top contender status will be reconfirmed with a two fight win streak behind him. Should Ilunga take it he will be catapulted to a ranking level he has not yet been able to penetrate.

“Wesley’s going to have his hands full,” says Kettle.

“I don’t see him dominating me,” replies Hawkey, “I am going to take his game away.”