Having insisted on a bout with Speechly, Kabulu sets himself up for title contention 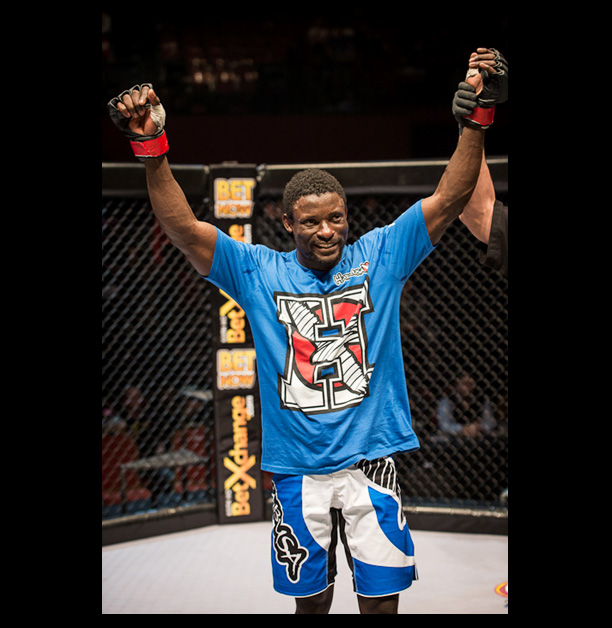 Johannesburg (South Africa) – On Friday April 19 long-time campaigner Francois Kabulu will take on ex welterweight champion Adam Speechly in what both fighters have pegged as a certain ground war. For Kabulu, known as one of the toughest athletes in the division, it’s a chance to finally go all the way.

“I have been working very hard for a title shot and would love the opportunity to have it,” says Kabulu.

Currently sitting on a three fight win streak against Nicholas Radley, David Buirski and Amr Wahman but having suffered back to back losses to top contenders Leon Mynhardt and Martin van Staden, Kabulu took the initiative and demanded a matchup against a top contender from EFC AFRICA matchmaker Graeme Cartmell.

“Kabulu has stated that he wants a shot at the title, and that he’s prepared to fight whoever he has to to get it,” says Cartmell. “When we offered him a fight against Adam Speechly he agreed immediately. If Kabulu is able to beat Adam he’ll certainly put himself in the top level of the welterweight ranks. There are one or two in front of him, but he will then be in contention.”

Kabulu is known for his grinding ground game interspersed with vicious GnP, an attribute that many see as his signature style. Even Adam Speechly, his coming opponent and one of the most devastating mixed martial artists on the entire EFC AFRICA roster, agrees that he is a tough prospect.

“Francois, while not being the most technical,” says Speechly, “is a relentless fighter with renowned strength and an ability to absorb punishment. He’ll endure until the end if it’s needed. He’s the perfect opponent for me. The challenge he brings to this fight will serve to bring out the best in me and my abilities.”

Speechly has had a wild ride himself of late. He has recently participated in two of the most iconic fights in EFC AFRICA history, losing his welterweight title to Dallas Jakobi in an unforgettable five round war and following that with a challenge of the lightweight title against Costa Ioannou, again losing but taking the champion and himself far beyond their personal limits.

“It’s been a long and crazy journey for me,” he says, “but I’ve been able to learn more about myself, what I want and where my strengths and weaknesses lie. I am starting afresh with a great foundation, and here is the perfect place to do it.”

For Kabulu the chance at a top fighter and elevation to contender status is one he will not let slip. “I won’t lose against Adam,” he says. “It’s not an option. I am going to work on taking him to the ground, and I am going to grind away with some vicious GnP.”