“All Eyes Will Be On Him, I Am The Underdog”

Nel on Pena at EFC AFRICA 19 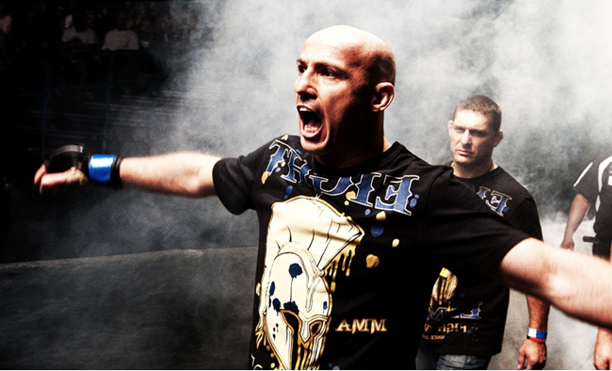 Johannesburg (South Africa) – This Friday Wentzel ‘The Animal’ Nel challenges Demarte ‘The Wolf’ Pena for the EFC AFRICA featherweight title. For the Animal, dealing with a once debilitating nervous condition, it’s a chance at EFC AFRICA immortality and another opportunity to prove his doubters wrong. In this interview the Animal talks candidly about his coming, make or break fight.

IN HIS INTERVIEW EARLIER TODAY, DEMARTE SUGGESTED THAT YOUR MEDICAL CONDITION MAY JUST BE MIND GAMES ON YOUR PART. CAN YOU COMMENT?
Look, I’m an honest guy. I think my condition is well documented, and if he wants to spread that sort of stuff then good luck to him. I’ve got no reason to play games. All my doctors are happy and I am looking forward to being back in the hexagon on Friday.

DEMARTE IS RENOWNED FOR HIS STRATEGIC FIVE ROUND WARS. WHERE DO YOU EXPECT HIM TO TARGET YOU COME APRIL 19?
Everywhere. He’s a good all-rounder and I don’t think he is scared to take the fight wherever it may go. He is prone to be a counter fighter but may change strategy for me. Wherever it goes I’m not worried, I’ll have an answer for it.

WHAT STRATEGY WILL YOU BE BRINGING TO THE FIGHT?
Hit first, hit hard, hit often!

WHAT, IN YOUR OPINION, ARE DEMARTE’S WEAKNESSES AND STRENGTHS?
Weakness – he has shown to be a couscous fighter, if you don’t take the fight to him he doesn’t really fight back. Strengths – he is patient and calculated.

IS IT TRUE THAT THE TWO OF YOU TRAINED TOGETHER BRIEFLY UNDER JACQUES ROSSOUW? WHAT IS YOUR PERSONAL RELATIONSHIP WITH DEMARTE LIKE?
We have trained under Jacques perhaps twice but a long time ago. Both of us have evolved so much so having spent that time together has no significance. I like Demarte and have respect for him however from the time fight prep starts till the sound of the end of the fight all that is taken out of the equation. I don’t see him for the guy I know and respect. He’s just a nameless opponent that has the same goal in mind as me. I need to come out victorious, take all the emotion out of it.

HOW HAS YOUR MEDICAL CONDITION AND YOUR MANAGEMENT OF IT MADE YOU INTO A BETTER FIGHTER?
It has taught me patience and given me the ability to work through the pain. Mentally it’s given me a further edge and proven again that you can overcome a lot and still achieve your dreams.

DO YOU THINK DEMARTE HAS AN ADVANTAGE OVER YOU, HIM BEING A FULLTIME FIGHTER AND YOU JUGGLING A FULLTIME PROFESSION?
Training wise he does have a more finely tuned skill set, however I don’t underestimate my skills. My coaches and I work well together, utilising our time and planning strategically.

DO YOU HAVE ANY SPECIFIC GOALS FOR THIS FIGHT, SOMETHING YOU’D LIKE TO ACHIEVE PERSONALLY?
The goal is to win. I don’t really care how or when. It’s to show that at my age with my condition, with a full time job and family I still have what it takes to fight the best. I want to be remembered. I want to cement my name in EFC History.

WHAT IS YOUR GREATEST CHALLENGE IN THIS FIGHT?
To win. But in saying that the pressure is not on me, it’s on Demarte. He’s the champ, he is the full time athlete and is 14 years my junior. All eyes will be on him. Technically I am the underdog.

WHO WILL YOU BE FIGHTING FOR?
I always fight for the fans to give them a great show, but this fight has a special meaning to me because it will bring my story full circle.

DO YOU HAVE ANY WORDS FOR DEMARTE?
Bring your A game and lets do this.