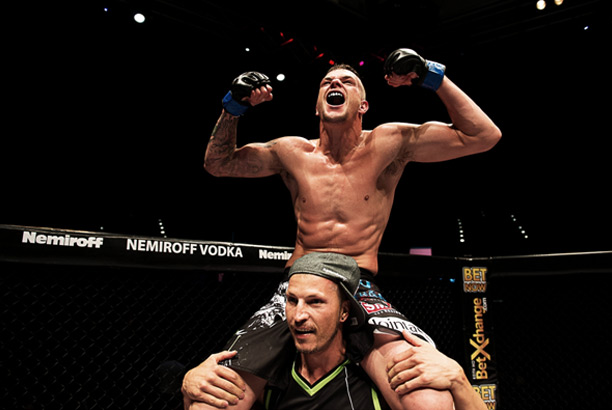 Johannesburg (South Africa) – The TV ratings from EFC AFRICA’s most recent live event, held at Carnival City on 19 April, blew other African sports ratings away. EFC AFRICA 19 clocked a peak audience of over 1.8 million and pulled 31.3% of the total available South African TV audience (SABC, e.tv and DSTV combined). These are the biggest ratings that EFC AFRICA has ever achieved, eclipsing even the previous record of 1.6 million and 25.9% audience share recorded by EFC AFRICA 12.

There are various factors that contributed to the staggering success of EFC AFRICA 19. Interest in the event’s main card was at an all-time high, particularly for the south vs. east, Dino Bagattin vs. Tyron Rightford encounter, but most notably the flighting of EFC AFRICA’s inaugural ‘Journey to the Hexagon’ half hour, e.tv prime time show.

“The Journey to the Hexagon introduced new viewers to the athletes and the sport, creating new fans,” said EFC AFRICA president Cairo Howarth. “This is a huge milestone for us and we are already planning a bigger and better show for EFC AFRICA 20.”

The ratings from the live e.tv broadcast of EFC AFRICA only took into account the South African audience. With e.tv broadcasting into 49 countries across Africa plus North American fans tuning in on FIGHT NOW TV, the true number of fans who tuned in to watch Africa’s premier mixed martial arts (MMA) promotion was vastly higher.

Even comparing EFC AFRICA to e.tv’s flagship show, WWE, the African MMA promotion again comes out tops, drawing higher viewership when pitted against WWE broadcasts in similar timeslots (after 9pm). In just over three years EFC AFRICA has grown its brand and fan base at such a rapid pace that it is now one of the most watched sports in Africa. Never before has the continent witnessed a sport become so popular in such a short time.

“It has been an incredible journey so far and this is just the beginning. Expect to see more EFC AFRICA on your TV soon!” said Howarth.