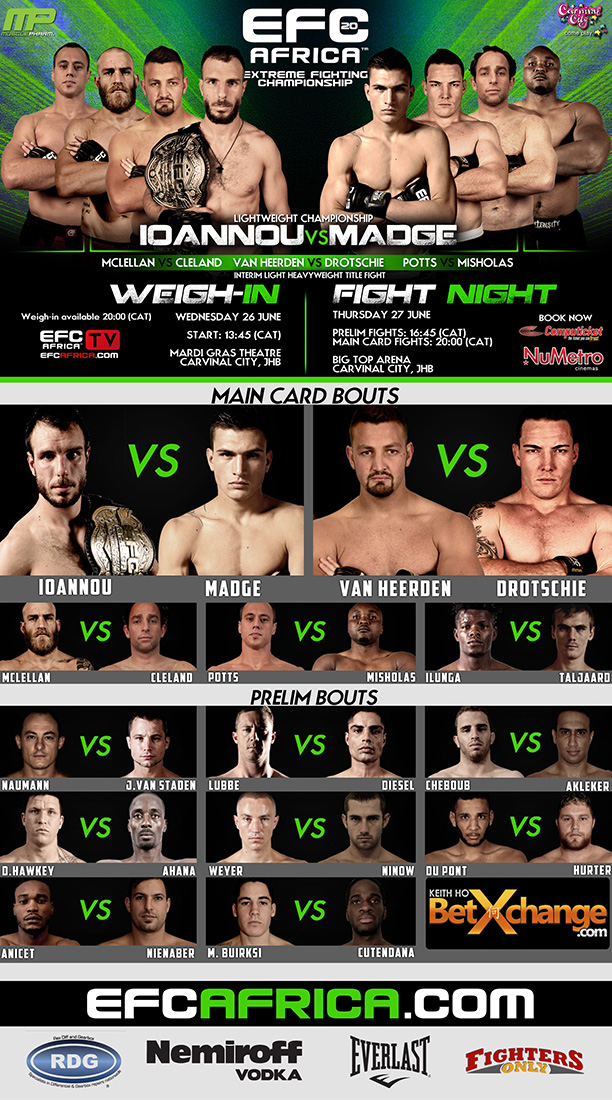 Johannesburg (South Africa) – On 27 June Africa’s leading MMA organisation, EFC AFRICA, will set Carnival City alight with an explosive fight card featuring the biggest stars on the continent. To celebrate this milestone 20th event, EFC AFRICA has put together one of the most exciting lineups in history.

Fighting sensation and undefeated champion Costa Ioannou headlines the event and takes on his biggest threat to date; fearsome striker Don ‘Magic Man’ Madge for the lightweight championship. Madge, a Muay Thai superstar billed as “the future of the division” vows to take the fight to Ioannou and claim the title. With the passionate support of ‘Costa’s army’ behind him, the champ intends to put the challenger away and continue his unmatched, unblemished winning streak. Social media has been set alight with pundit and fan opinion split as to who will be the victor. Will Madge be able to defend the takedowns, will Costa be able to withstand Don’s vicious striking?

“EFC AFRICA 20 is huge for us,” says Howarth. “We’re focused on making it just as massive for the fans, we’re going to make history.”