Is The Juggernaut Unstoppable? 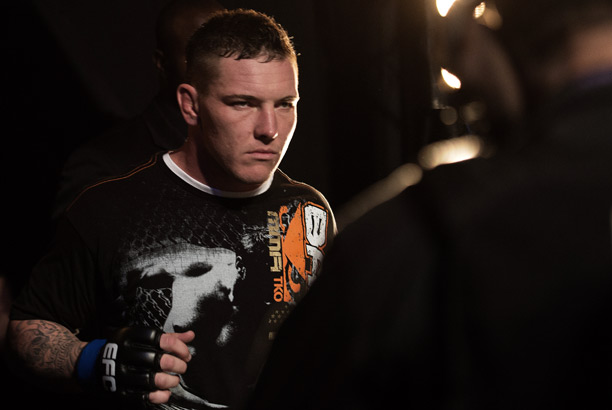 To date the Juggernaut has made two appearances in the EFC AFRICA Hexagon, each of them accomplished and powerful.

At EFC AFRICA 17 he made his debut against the relatively experienced and 14 years his senior Lance Ceronio. Drotschie did away with his opponent by submission in the first round, but not before manhandling Ceronio and, when throwing, landing vicious blows to his opponent’s body. Afterward Ceronio claimed fatigue due to his weight cut which did little to detract from the debutant’s achievement. With only 4 amateur and one pro MMA bouts to his name he had entered the biggest MMA event on the African continent and put on a clinical showing.

Those that chose to reserve judgment on the young man from the Cape were given another opportunity at EFC AFRICA 18, where Drotschie faced East London native Brendon Groenewald. He and his opponent were in similar situations. Groenewald had made his debut at EFC AFRICA 16 with an equally impressive showing, submitting Sors Grobbelaar in the first round. The matchup seemed a necessary test. Which of the two had the mettle to progress further? The answer was stark. Drotschie dominated Groenewald for three rounds in a skilled BJJ exhibition. His continuous pressure paid off when in the third a near crucifix hold on the floundering Groenewald opened the opportunity for heavy elbows to the face. A bloodied Groenewald had to be carried from the Hexagon while Drotschie excitedly took his interview – still fresh enough to trade jokes with the announcer after three rounds of grappling at altitude.

Drotschie’s MMA experience began at the age of 22 when a whim brought him to the door of Rico Hattingh’s gym in Kuilsriver, at that time operating out of his garage. There the legendary BJJ black belt heavyweight fighter, until recently ranked first on the continent but now retired due to a neck injury, took the young athlete under his wing. Drotschie found he had a natural feel for grappling, entering and winning his first BJJ event after five months of training. Three months later he took his first amateur MMA fight and won. During the course of the next two years he fought three more times, finishing all of his bouts in the first round.

Drotschie turned pro in 2012 and was immediately slated to face Durban boxing legend Mark Bristow at the second Cape Fight League (CFL) event. Bristow had over 100 boxing encounters under his belt and Drotschie still ended the fight by GnP in the first round.

“The thing that makes Gideon really stand out,” says Rico Hattingh, “is his intelligence. I saw that from the very first training session. What it usually takes others six months to learn it takes him two. He thinks out of the box.” “Secondly,” he continues, “he has an incredible fighting spirit. I saw this in his first fight. He faced huge difficulties there but didn’t give up. I haven’t seen many guys with that kind of will.”

At EFC AFRICA 20 Drotschie will face his toughest opponent yet. Danie van Heerden has fought the biggest names in the organization and carries a fearsome reputation. He has been involved in combat sports for many more years than Drotschie and is currently on a two fight win streak, bringing with it a scary amount of form. Is it an order too tall, or just the thing the Juggernaut needs to progress to the next level?