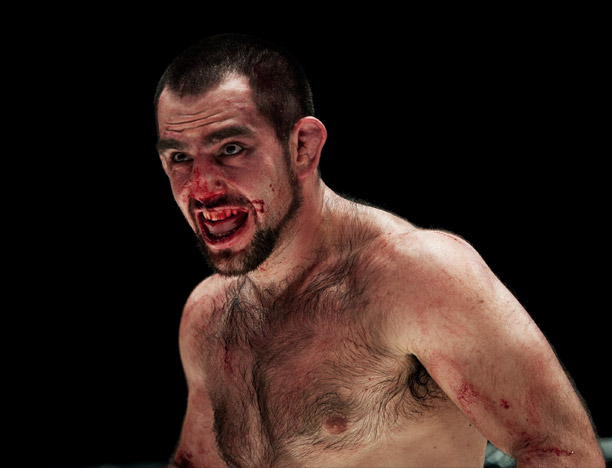 Johannesburg (South Africa) – Brendon Katz, the legendary MMA athlete that stood toe to toe with Costa Ioannou in their unforgettable strike war at EFC AFRICA 03, that brutally KO’d Mark Jones at EFC AFRICA 04 and who controversially parted ways with the EFC AFRICA organization in September of 2010, is back.

“I’m excited, man. I’m so fired up,” said Katz in an interview conducted this morning. “I left two and a half years ago. I got taken for a ride by a dirty manager, so I regretted that pretty quickly but in the end it was a good experience, opening my eyes to the level of competition and productions around the world. Now, I’m back with the best I’ve seen so far, EFC AFRICA.”

“Brendon is one of the most exciting fighters, he always puts on memorable performances,” said EFC AFRICA president Cairo Howarth. “He left controversially, we weren’t happy with the circumstances. He wanted to come back almost immediately, but for a long time we refused to have anything to do with him. We feel the time is right to give him a second chance. He has been a great campaigner for the sport and we believe he will be a great ambassador for EFC AFRICA. We’re excited to have him back.”

Katz has recently competed at Cage Rage in the UK and trained with the likes of Alistair Overeem, Michael Bisping and Ian Freeman. Now that he’s back he’s training under Wiekus Swart at Tapout Academy and Nick Durandt for his striking at Durandt’s Boxing World.

“Alistair Overeem is a monster,” says Katz. “I trained at the Gracie school, I trained with some of the best guys over there and Wiekus Swart is a better grappler than they are and he’s a better coach too. Then you’ve got guys like Nick Durandt, world class boxing coach, trainer to dozens of world champions, there are maybe two other guys anywhere in the world with comparable stables.”

Now that he’s back, who would Katz most like to face?

“I’m not phased, I’d just like to get back in,” he replies, “ I’m going to start in the featherweight division, but Costa [Ioannou] is a fight that I haven’t stopped thinking about. He’s been active, he’s been busy and he’s not bad, I’ll give him that. I need to look sharp for that fight. I’m hungry for it, I dream about that fight.”

Katz will be at Carnival City side at the upcoming EFC AFRICA 20 event where Ioannou will defend his lightweight title against Don Madge.

“Costa won’t stand with him because he’s scared,” says Katz. “He doesn’t stand with anyone. He stood with me and he never did it again.”

Katz will not be returning to action immediately. He is currently in the process of rehabbing a prolapsed disc, the result of a muscle imbalance. “All I can say is I’ll be back in the Hexagon as soon as I can,” he says, “and I can’t wait.”