“I’ll fight anyone.Jeremy must have no excuses” 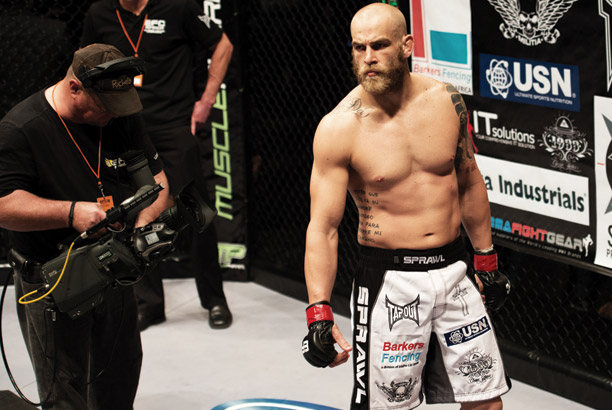 Johannesburg (South Africa) – Liam Cleland, scheduled to face Garreth ‘Soldierboy’ McLellan at EFC AFRICA 20, has had to pull off of the card due to a groin injury. Stepping up to face Soldierboy is Team CIT’s KO King Tumelo Maphutha. The loss of Cleland and the heat he had been generating in baiting Soldierboy is a massive shift. In the granite fists of Maphutha Soldierboy will need to adapt to a new beast come fight night.

“It doesn’t matter who I’m fighting,” said Soldierboy in an interview late last night. “I’m here to get my title shot. I’ll fight everyone. That way Jeremy has no excuse. I’ll force him to fight me.” “It’s disappointing,” he added. “I’m not going to fight the fight that I was preparing for, but these things happen. I’m a professional, you get on.”

McLellan and middleweight champion Jeremy Smith have been locked in a crazy to and fro ever since Smith took McLellan’s belt at EFC AFRICA 12. Since then Soldierboy has run over both Danie van Heerden and Armand de Bruyn to secure his number one contendership. Both Smith and himself have had to cancel a total of three planned title bouts due to injury.

“He’s a big, physical guy,” says McLellan of his new opponent. “You can’t underestimate his ground. He showed that against Liam [Cleland], Liam couldn’t put him away. And of course he’s got a huge striking game.” “You’ve got to respect any man that will take a fight at the last minute,” he added. “Tumelo’s a warrior and I’m looking forward to facing him in the Hexagon.”

When called for comment Maphutha was easy and to the point. “I’m cool, I’m ready, let’s do it,” said the striker. “He’s a good fighter. I’ll take what he brings, wherever it goes.”

“The fans want to see me fight,” said Soldierboy. “I’m coming to fight. He better be ready.”