“I am going to put you down, and my hammer fists will finish you” 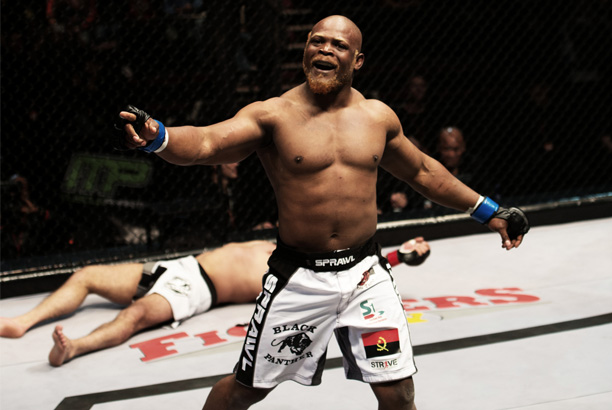 Johannesburg (South Africa) – On July 25 Bernardo ‘The Black Panther’ Mikixi faces Sors ‘Guru’ Grobbelaar in a fight for the EFC AFRICA number one heavyweight contender spot. Mikixi is a fighter that has seen the biggest stage in African MMA and learned hard lessons about competing there. Come EFC AFRICA 21, he says, he will be walking away with the chance to face heavyweight champion Andrew van Zyl in September, and Grobbelaar will be going home empty handed.

“It’s just three more weeks,” says Mikixi, “I can’t wait for the time to come. He’s talking a lot. He’s saying he’s the king of standup and of kickboxing. On July 25 we will see, we will be able to judge then.”

“I’m not happy,” continues Mikixi. “I hear he’s training at my old gym in Parklands [Panther Fighting Academy]. They will be giving him information about me, but it doesn’t matter. I am the new Bernardo. I’m training at Smith’s Gym now, my standup is the best it’s ever been, Attila [Barna] is helping me a lot on my ground work. I am ready.”

“I cannot wait for this fight,” says the Angolan wrecking machine. “When I broke my hand against Jake Els I was supposed to sit for one year. Graeme phoned me and said, ‘Bernardo, you have to take this fight [Norman Wessels, EFC AFRICA 05],’ and I said yes. I am born a fighter and I’m going to die a fighter. I am ready for this fight.”

To Grobbelaar Mikixi had some choice words:

“Be ready, my friend, be ready. The Black Panther is on his way. It’s not so easy to go and meet Van Zyl. You will have to step over me first. I am the one that must give you the permission to face him, and you will not get it. I am going to put you down, and my hammer fists will finish you.”