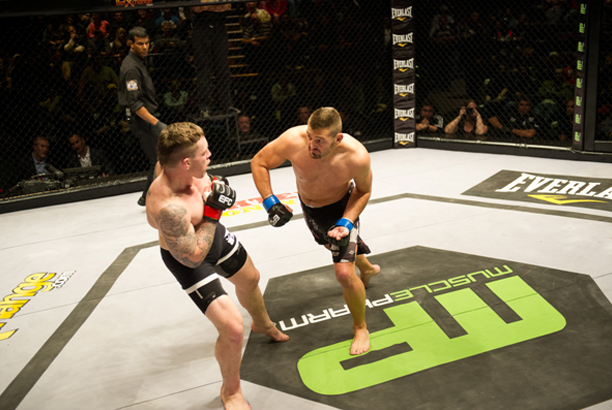 Johannesburg (South Africa) – EFC AFRICA 20 delivered an explosive event beamed live across the world. Fans were treated to colossal displays of MMA skill and grit, particularly in the main card where two of the awards of the night were given; Don Madge and Costa Ioannou’s lightweight title fight yielded fight of the night and Gideon Drotschie’s keylock submission of Danie van Heerden in their interim light heavyweight title decider submission of the night. Donavin Hawkey completed the night’s accolades with his knock out of the night performance against Raymond Ahana on the prelim card.

18 out of the 24 athletes in action on the night were given a clean bill of health by medical staff immediately after the event. Notable injuries were a broken wrist suffered by Danie van Heerden, sustained in the first exchange of his fight, a knee dislocation and ligament tear to Neil Diesel and an elbow laceration to Alex Cheboub which later infected and needed further treatment.

Charl Hurter: Minor head injury/concussion. Hurter went for further observation which did not change the initial diagnosis. He will be back in training in days.
Alexander Cheboub: Laceration right elbow. Cheboub’s wound became infected but after further drainage and antibiotics has been given an estimate of five to ten days to full recovery.
Raymond Ahana: Dehydration, treated with intravenous drip.
Garreth McLellan: Minor nasal laceration, sutures.
Danie van Heerden: Suspected left hand fracture, confirmed at later observation. Van Heerden is currently in a cast for 8 weeks, after which further assessments will be made. At this point he will be fighting fit in three to five months’ time.